– They have to give me back half the cost of the movie ticket!

– Because half of the movie I watched with my eyes closed!

First, it should be noted that in Thailand there are cinemas of two companies:

In one cinema, the cost of movie tickets can vary by 10 times! This article will explain to you the difference why some movie tickets are so expensive.

I go to SFX Cinema more often, so most of this article is about these cinemas.

See also: Where in Pattaya you can watch a movie in English

The most common and cheapest type of cinema halls.

In this type of cinema halls, the following types of seats are distinguished: 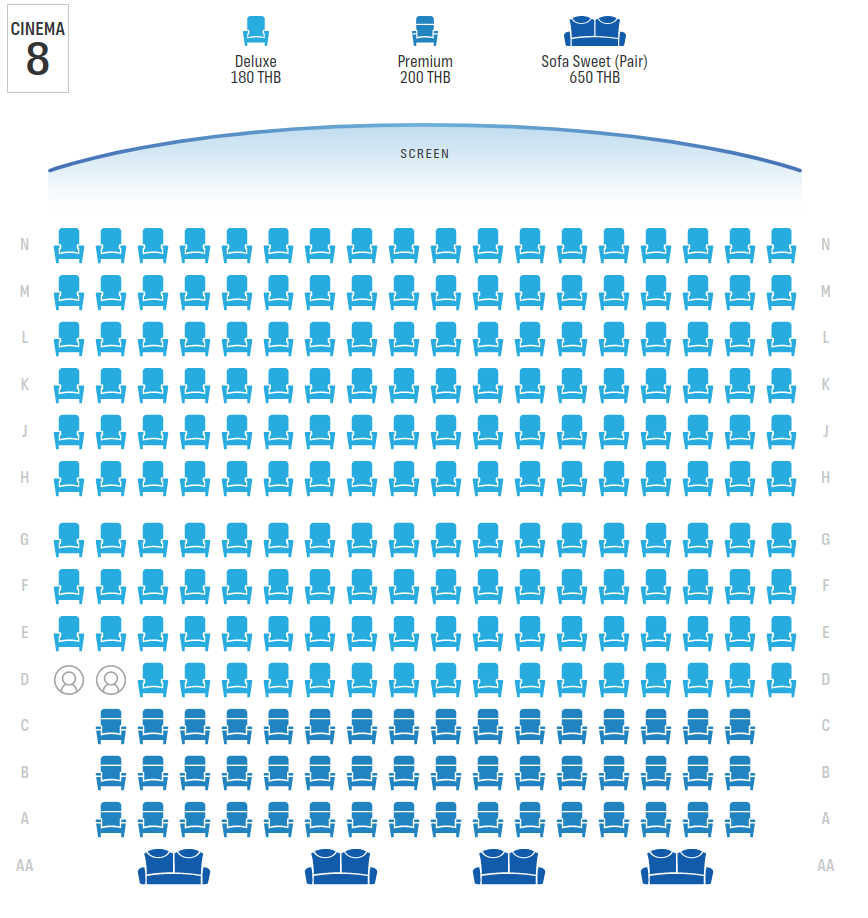 Don't let the names Deluxe and Premium scare you – these are the most basic places that only provide for watching a movie.

If you see a promotion in a movie, they almost always refer to Deluxe seats.

See also: How and what to use the bonuses of mobile operators in Thailand (dtac and AIS) 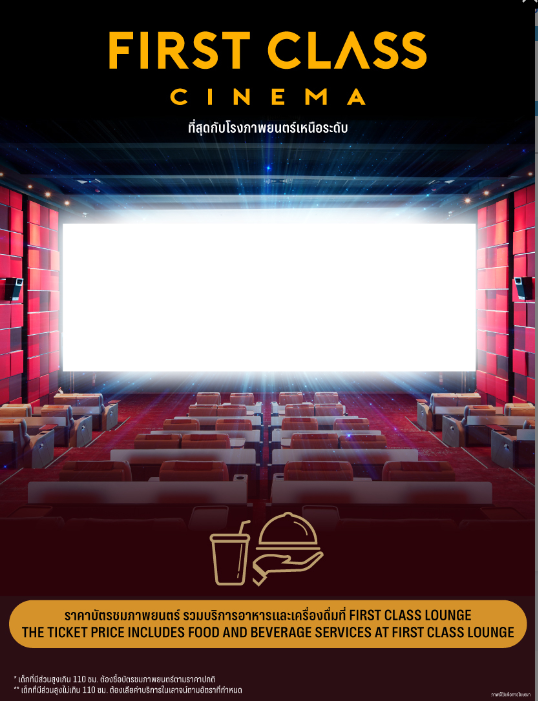 The description of the theater says:

To be honest, I have never bought anything other than Deluxe tickets in my entire life, so I don’t know the details.

As you can see, there are fewer seats in the cinema hall, the seats are located further from each other, perhaps they are more comfortable than ordinary chairs. 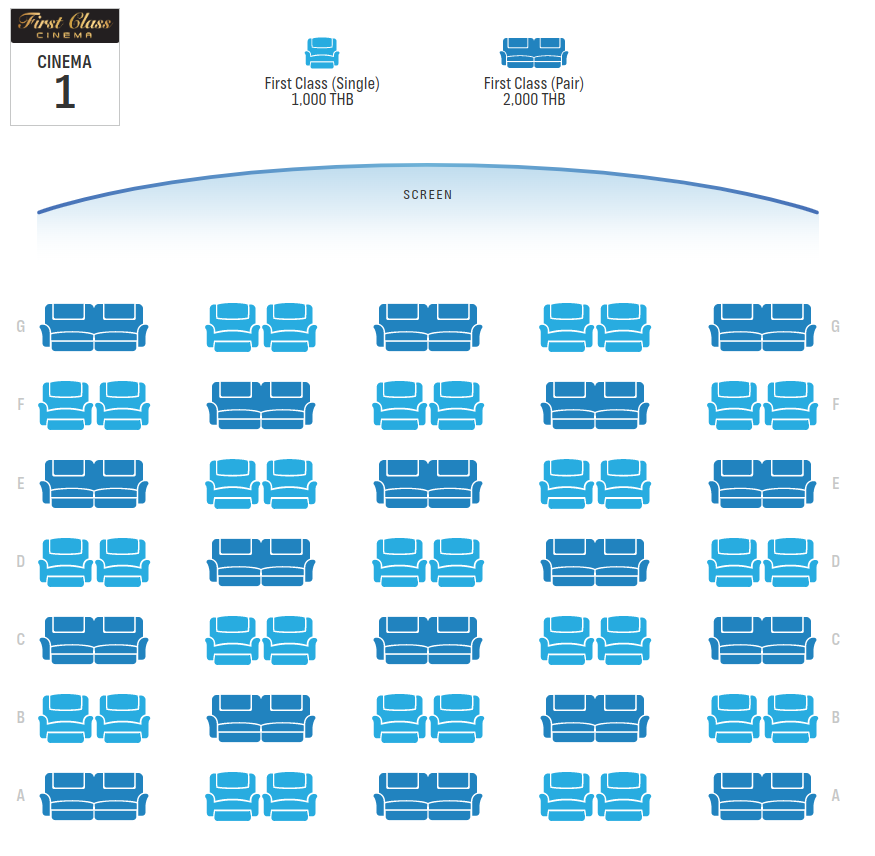 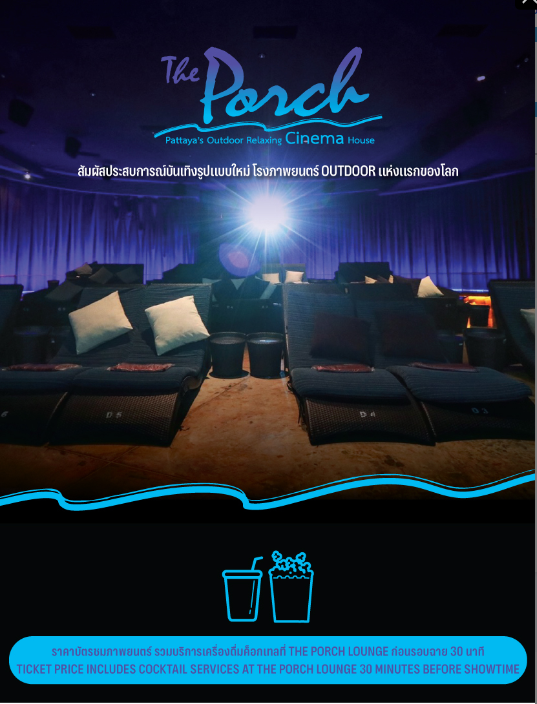 We continue our tour of luxurious life in cinema halls.

Types of seats in Porch: 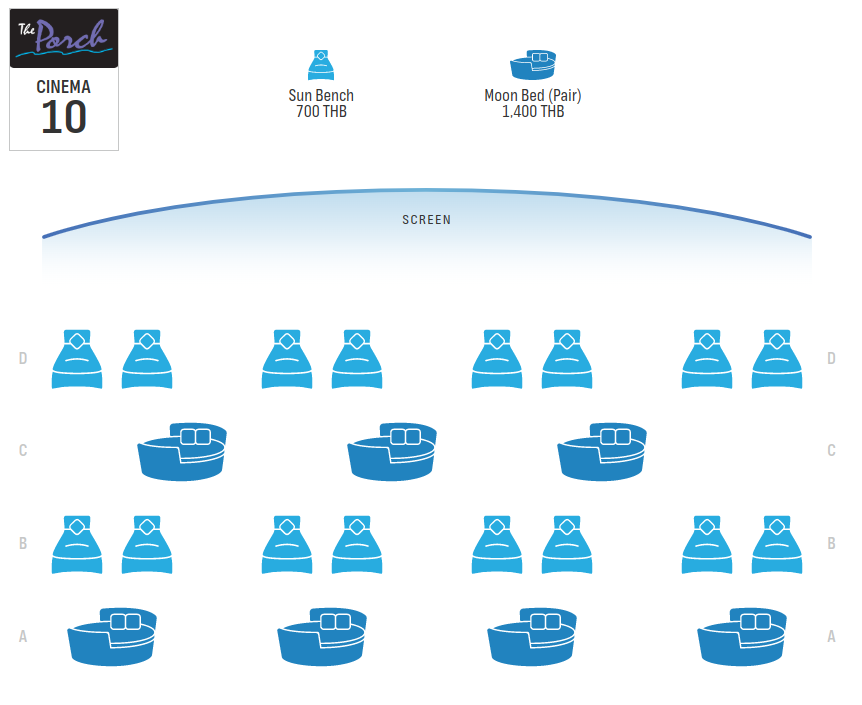 Of course, I have never been there for that kind of money, judging by the photo, the chairs are made in the form of sunbeds. Apparently, the main idea is to have a drink and take a comfortable nap to the movies.

If the movie you want to watch is shown only in The Porch or First class cinema and you don’t want to pay expensive for a ticket, then just look for the same movie in the next branch of cinemas – most likely you can watch the same movie in Digital Cinema on Deluxe seat for 120-180 baht.

MX4D is an advanced version of 3D that allows you to watch a movie in 3D, as well as additional environmental effects: the movement of chairs, air currents, splashes, cinema hall lighting, and more. For details, see the article “What is cinema in MX4D and 4DX. Where to watch MX4D and 4DX in Pattaya and Thailand”. 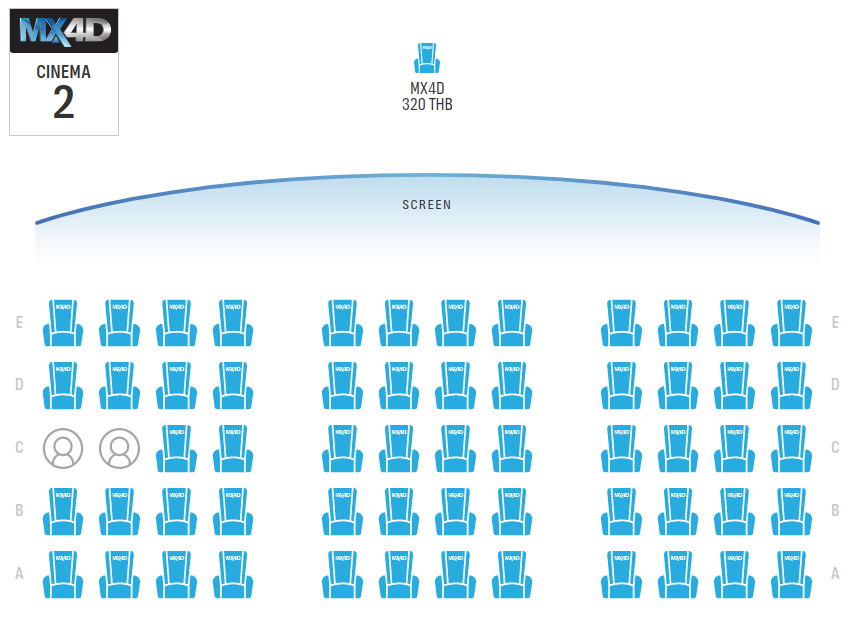 The price for movies in this format is very reasonable, 320 THB.

Movies in 3D format. Cheaper than MX4D but slightly more expensive than Digital Cinema (Deluxe). The same movie can be shown first in MX4D, and after a while start showing in 3D.

This is a regular movie, that is, Digital 2D.

4DX is an advanced version of 3D that allows you to watch a movie in 3D, as well as additional environmental effects: the movement of chairs, air currents, splashes, cinema hall lighting, and more. For details, see the article “What is cinema in MX4D and 4DX. Where to watch MX4D and 4DX in Pattaya and Thailand”. 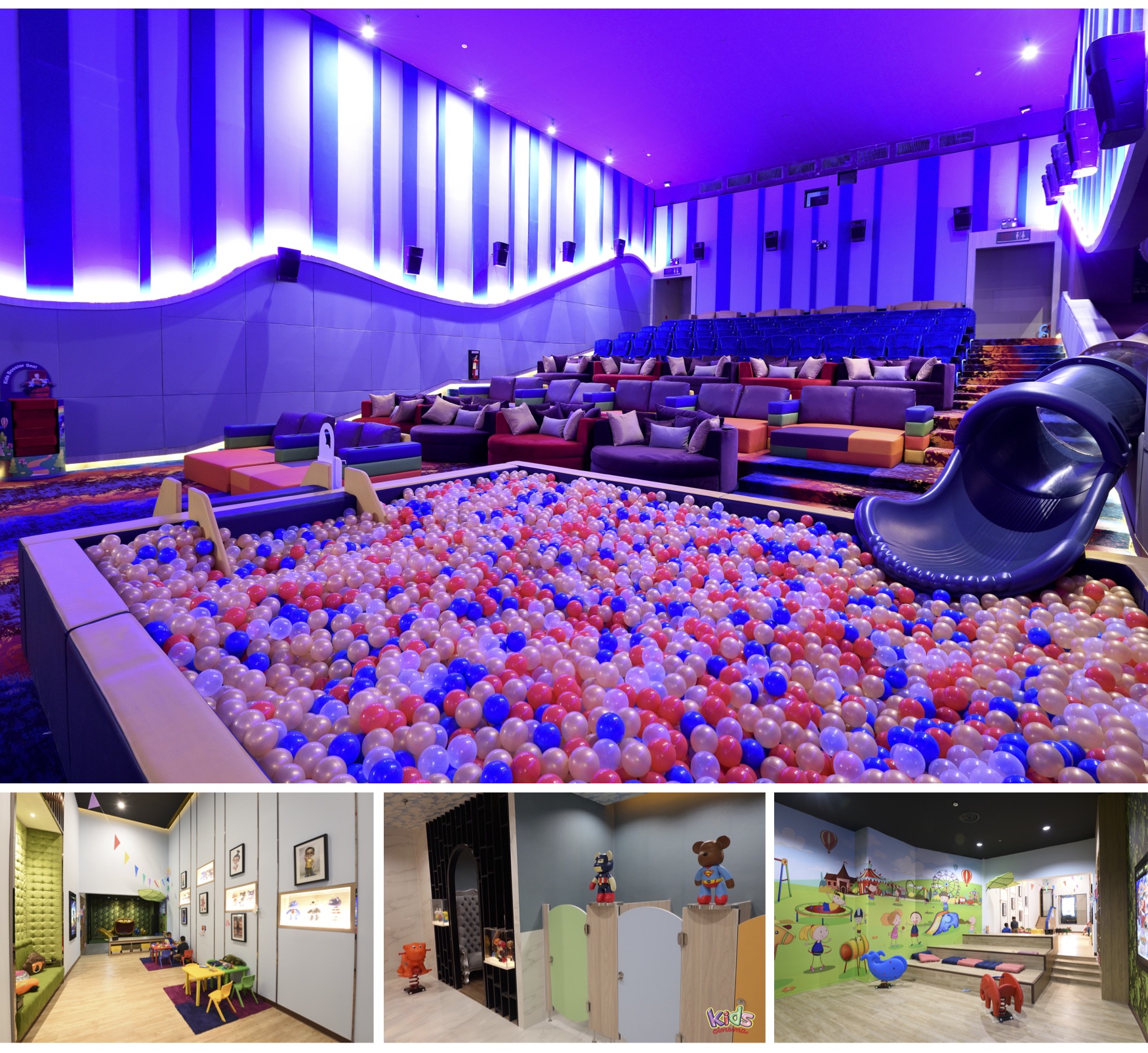 Cinemas with a focus on children. 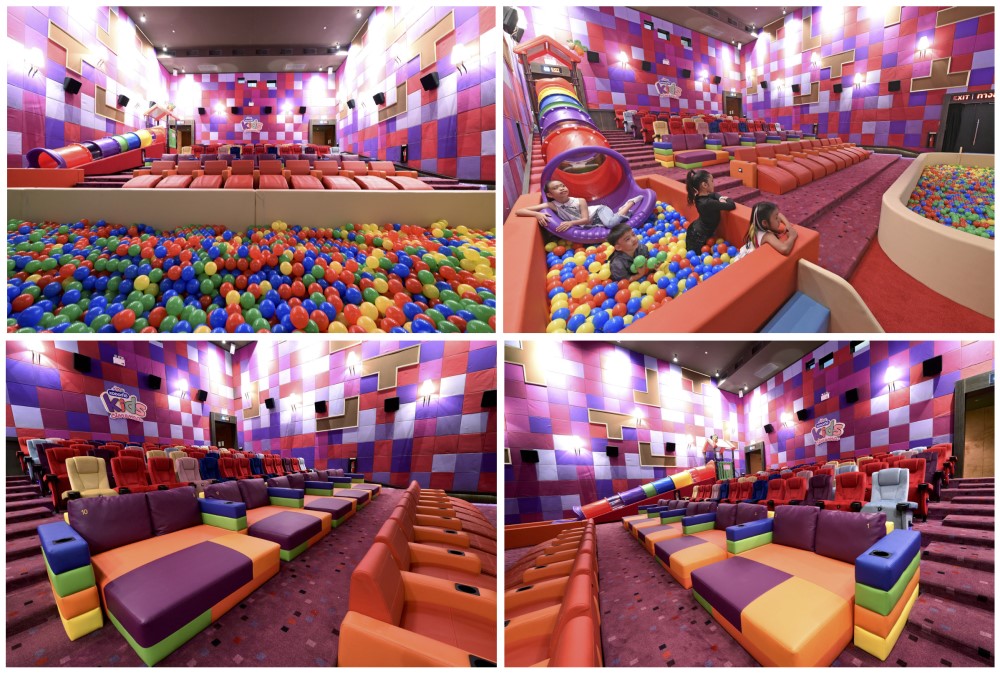 The photos are like that, but I have never been there, so I don’t even know if it’s convenient for accompanying adults.

Most films are shown in regular 2D without extras, this is called Digital Cinema, Deluxe seats.

MX4D, 4DX and 3D are movie formats. Tickets are more expensive, but you pay for the cinema.

In “First class cinema” and “The Porch” a significant part of the ticket price is paid not for cinema, but for additional services and, in general, for the charm of these places.

https://pattaya-pages.com View more posts from this author
« Where to rent a motorbike in Pattaya, cost and rental conditions
How to make international money transfers to and from Thailand around the world with a minimum commission in LocalBitcoins »