During the trip to the huge Buddha image on the rock, we decided not to rush to return home, but to explore the area a bit.

We found Lake Ban Amphoe very close by. There are picturesque views and several temples – I will tell about this place someday. But while walking around the lake, I saw the following view, which interested me greatly. 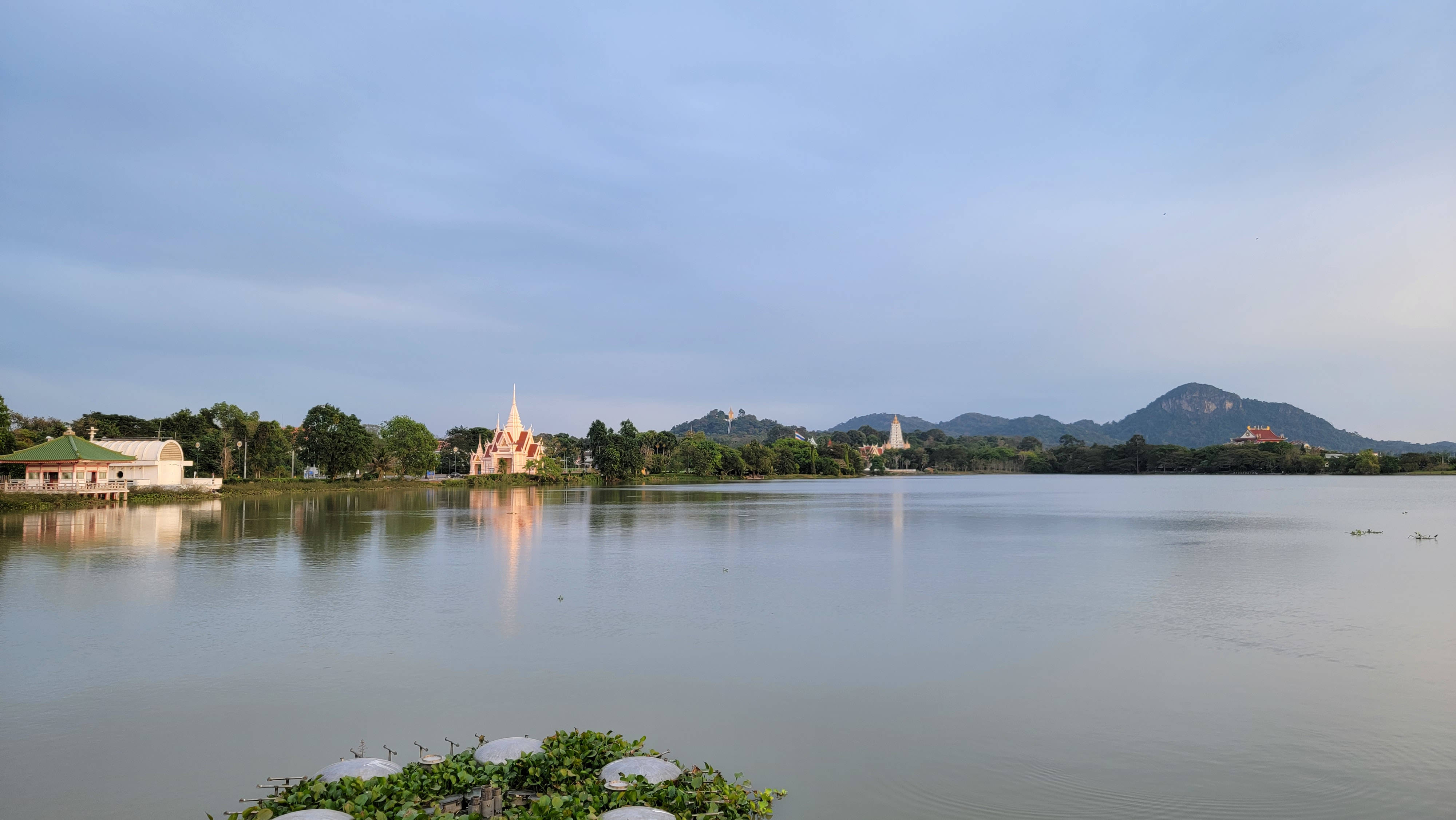 If you haven't noticed, then here is the zoomed building that interested me. 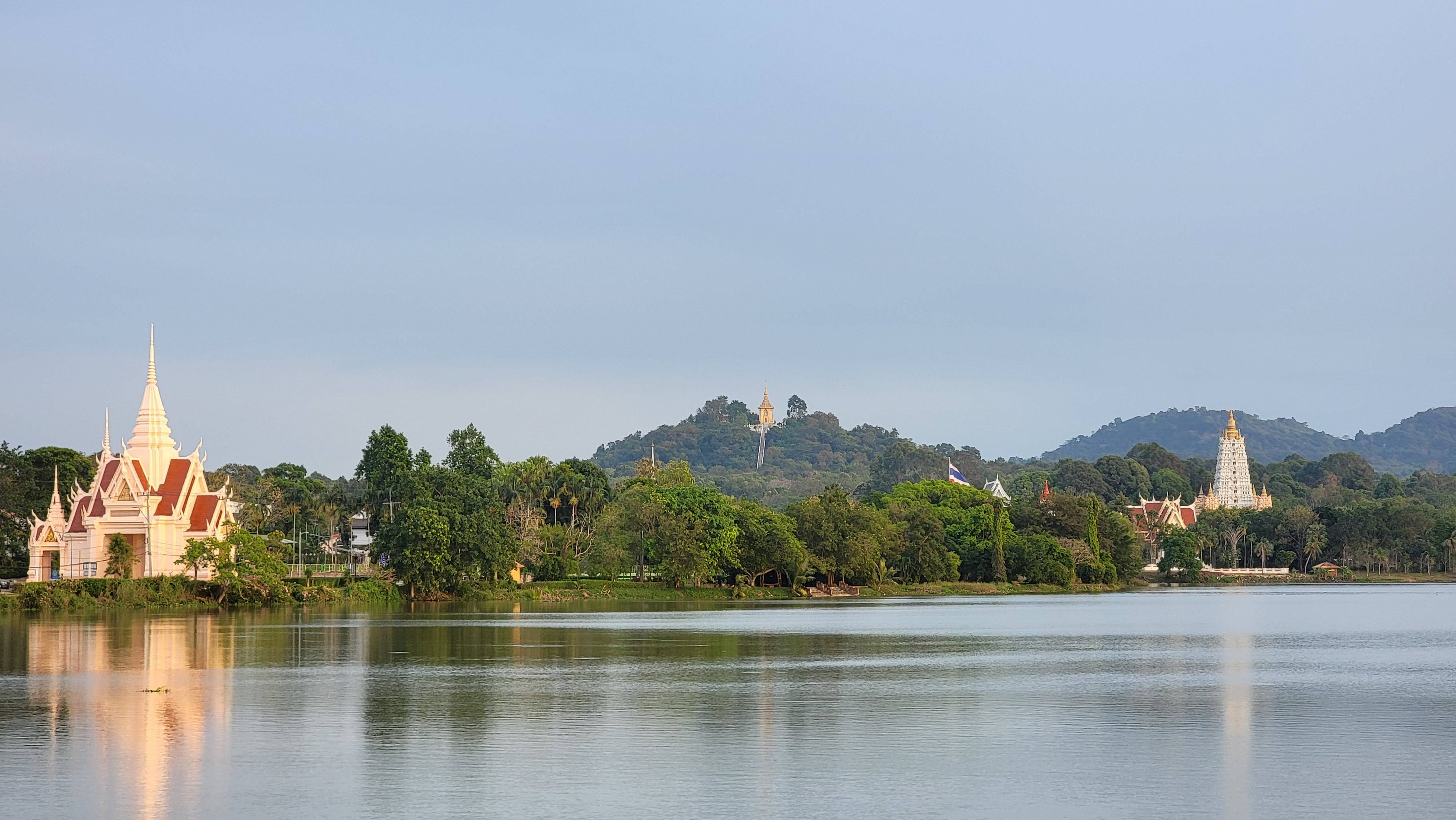 Did you see the temple on the mountain?

I immediately wanted to go there.

But you can see the colors of the sunset in the photos, so we just came home that day.

A week later, on my wife's next day off, we decided to revisit this, as well as several other nearby places.

It turned out that the building on the hill is the Buddha's Footprint Mandapa.

The word Mandapa is not a proper name, but an architectural term. Here is the reference from the Wiki:

A mandapa or mantapa (Sanskrit: मण्डप, romanized: Maṇḍapa) is a pillared hall or pavilion for public rituals in Indian architecture, especially featured in Hindu temple architecture. 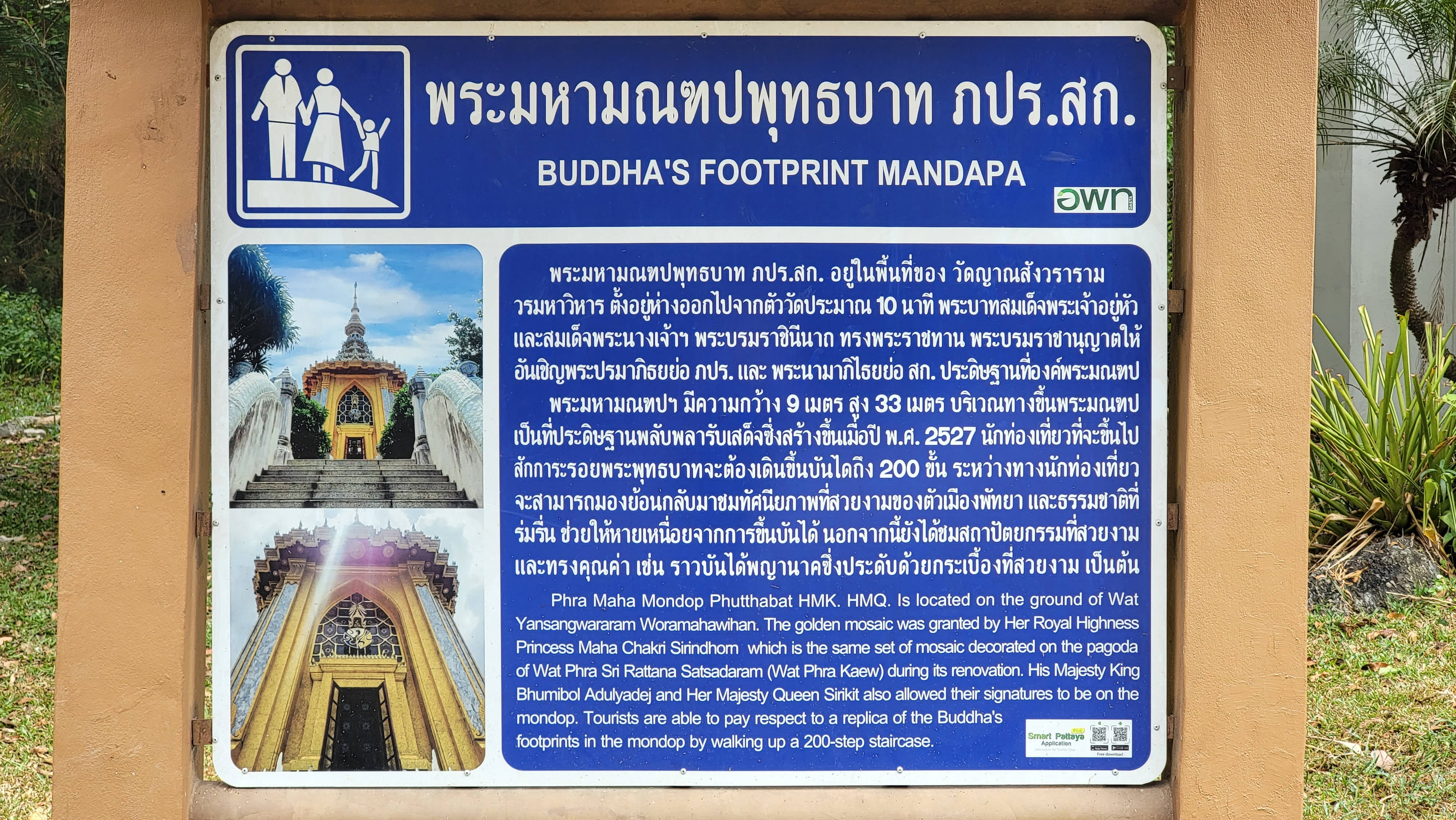 Buddha's Footprint Mandapa on the map.

This place met us with a completely empty parking lot. We even doubted whether this place is open for visits, are visits allowed at all? 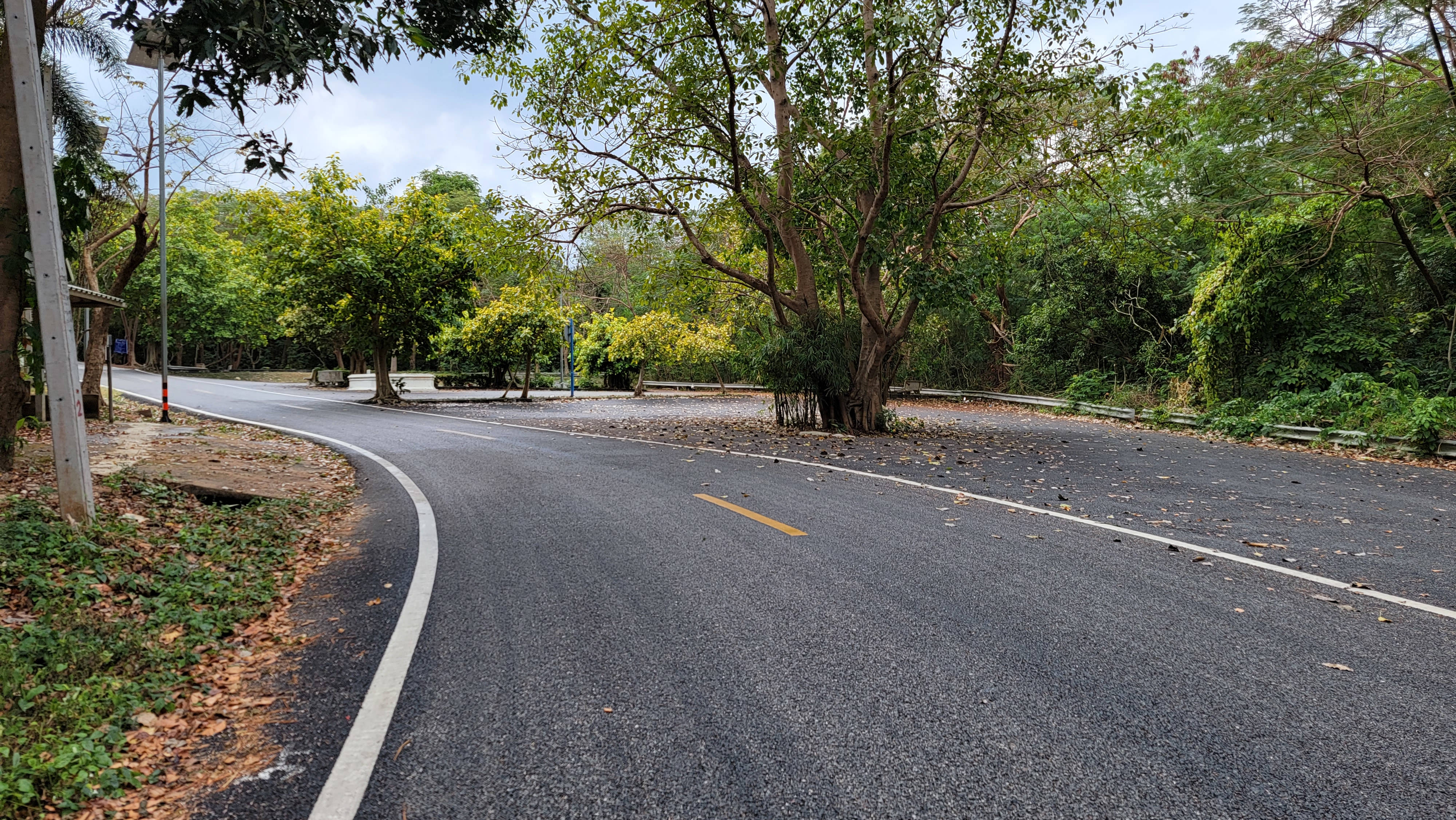 We got closer and saw this view. None of the people were there. My wife and I conferred and came to the conclusion that if entry was prohibited here, then it would have been said somewhere, or the road would have been blocked. 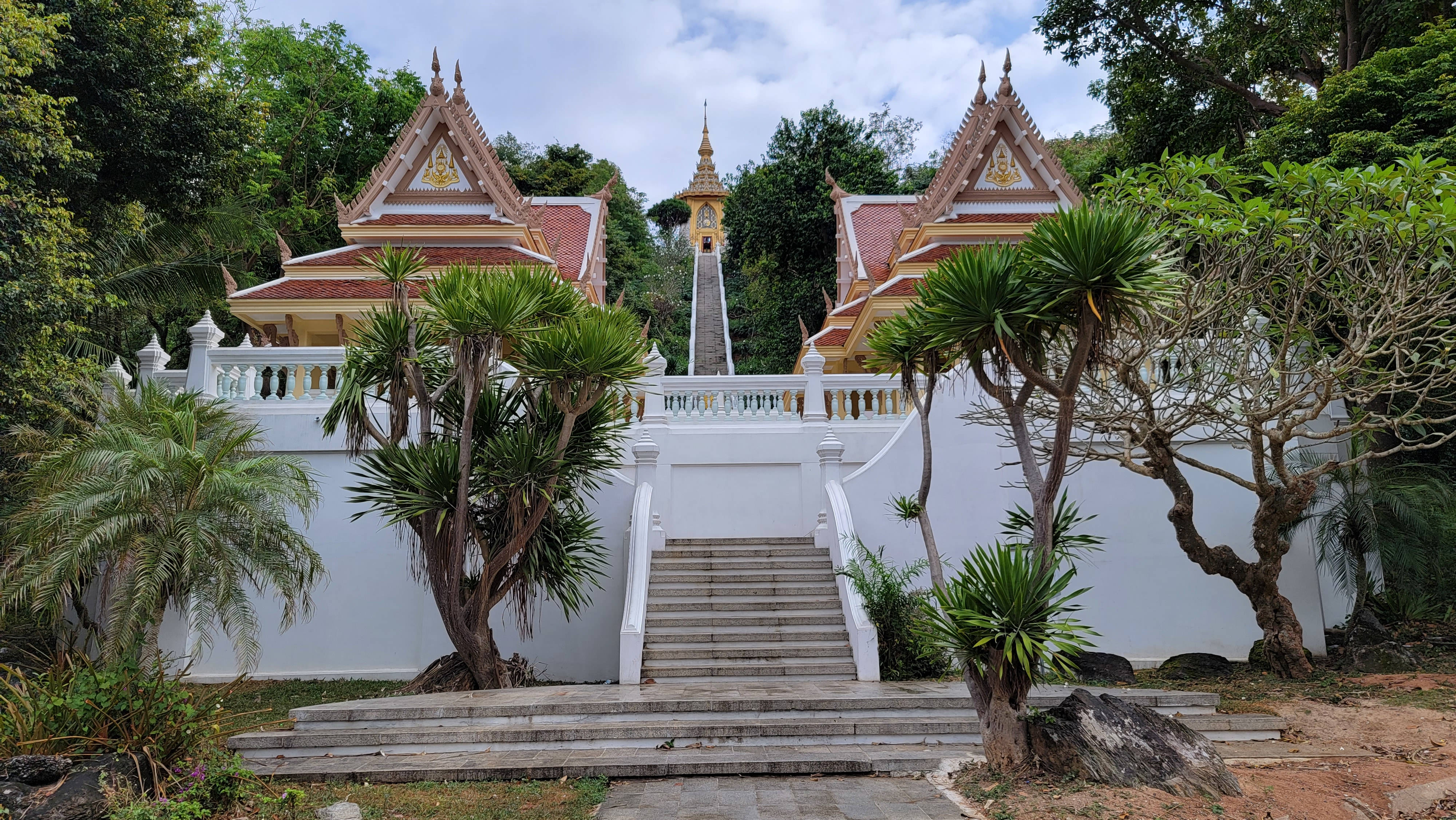 A little hesitant, we began to rise. 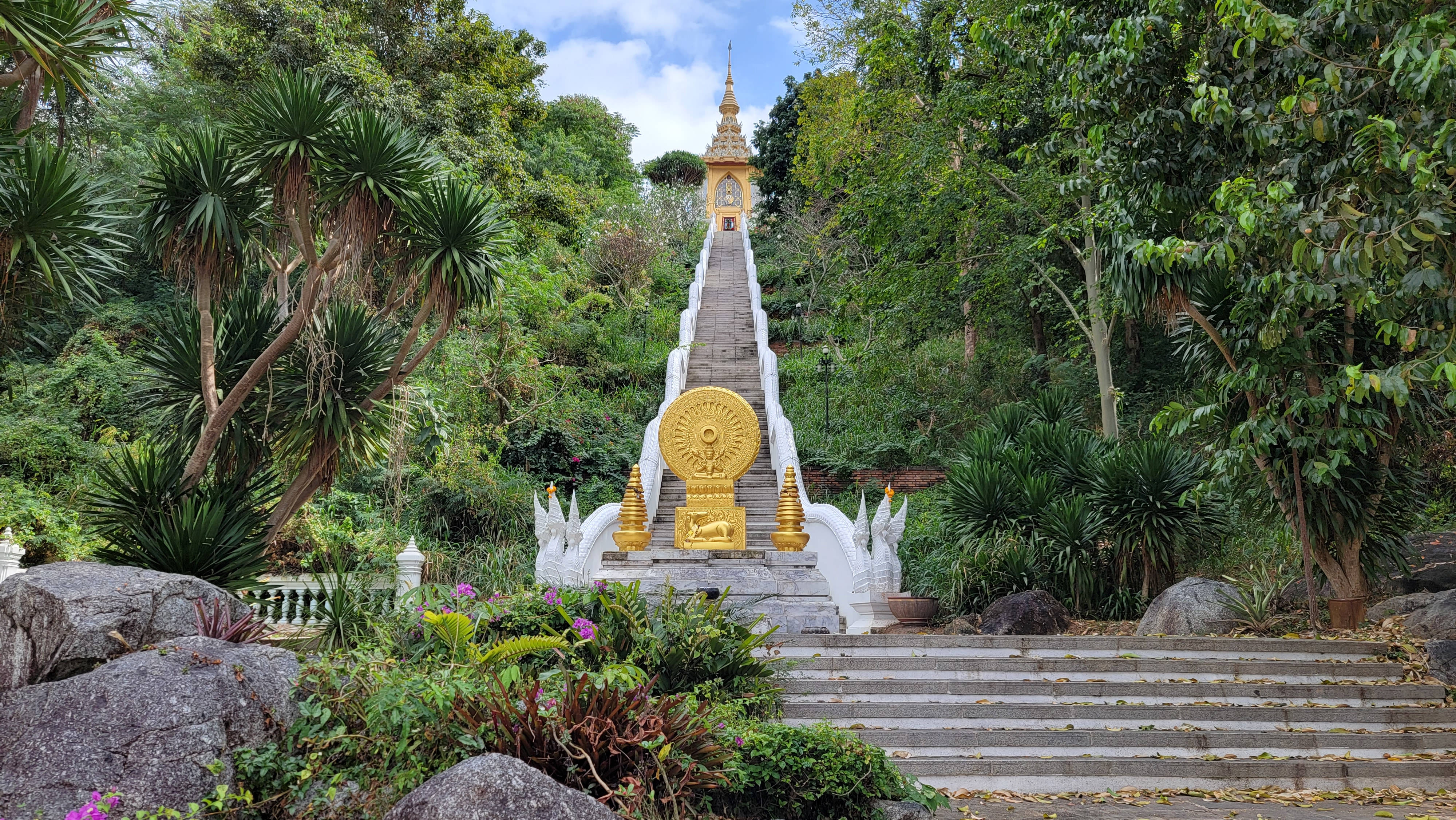 It's very beautiful around. 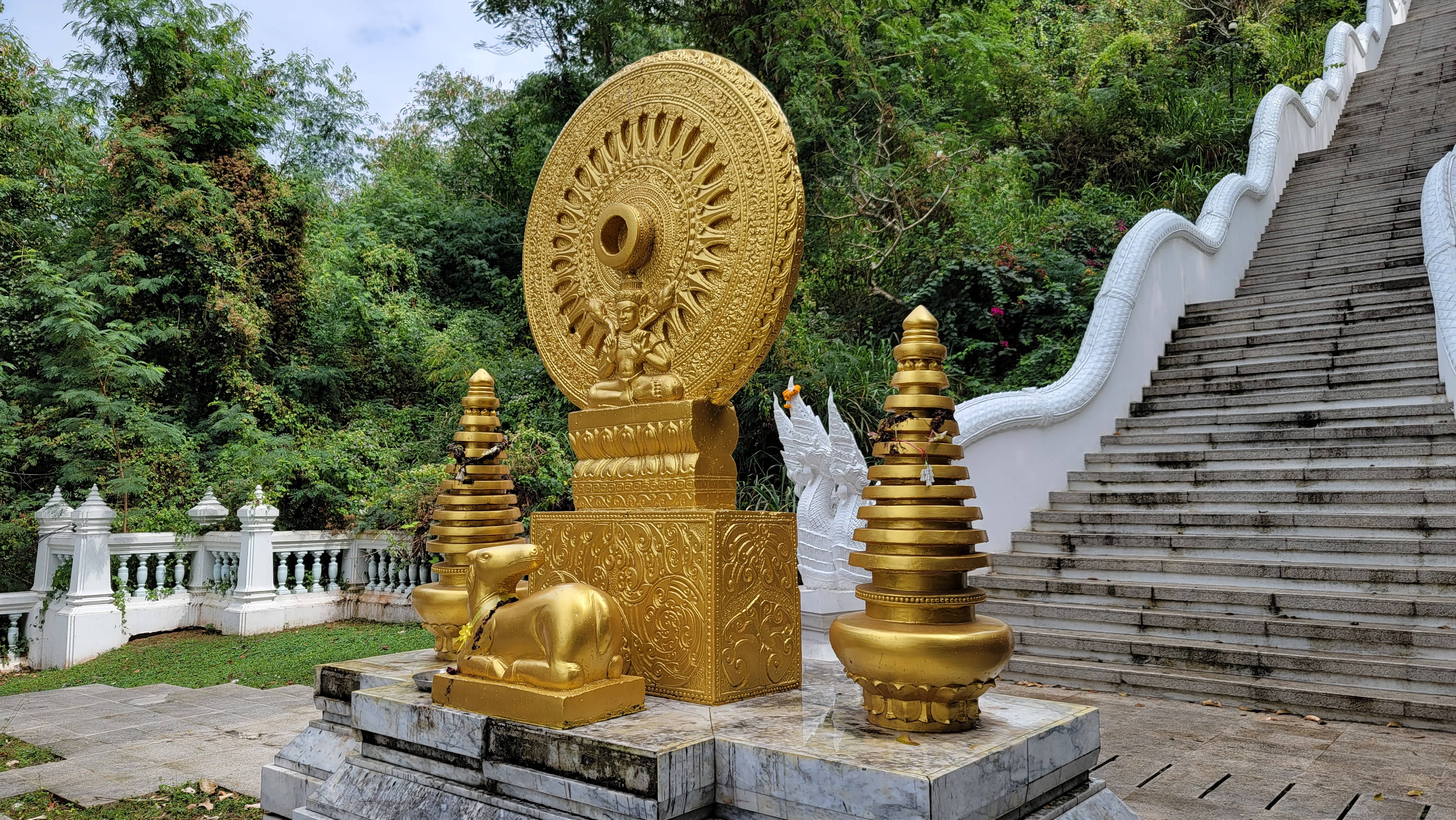 I thought I saw a man upstairs. 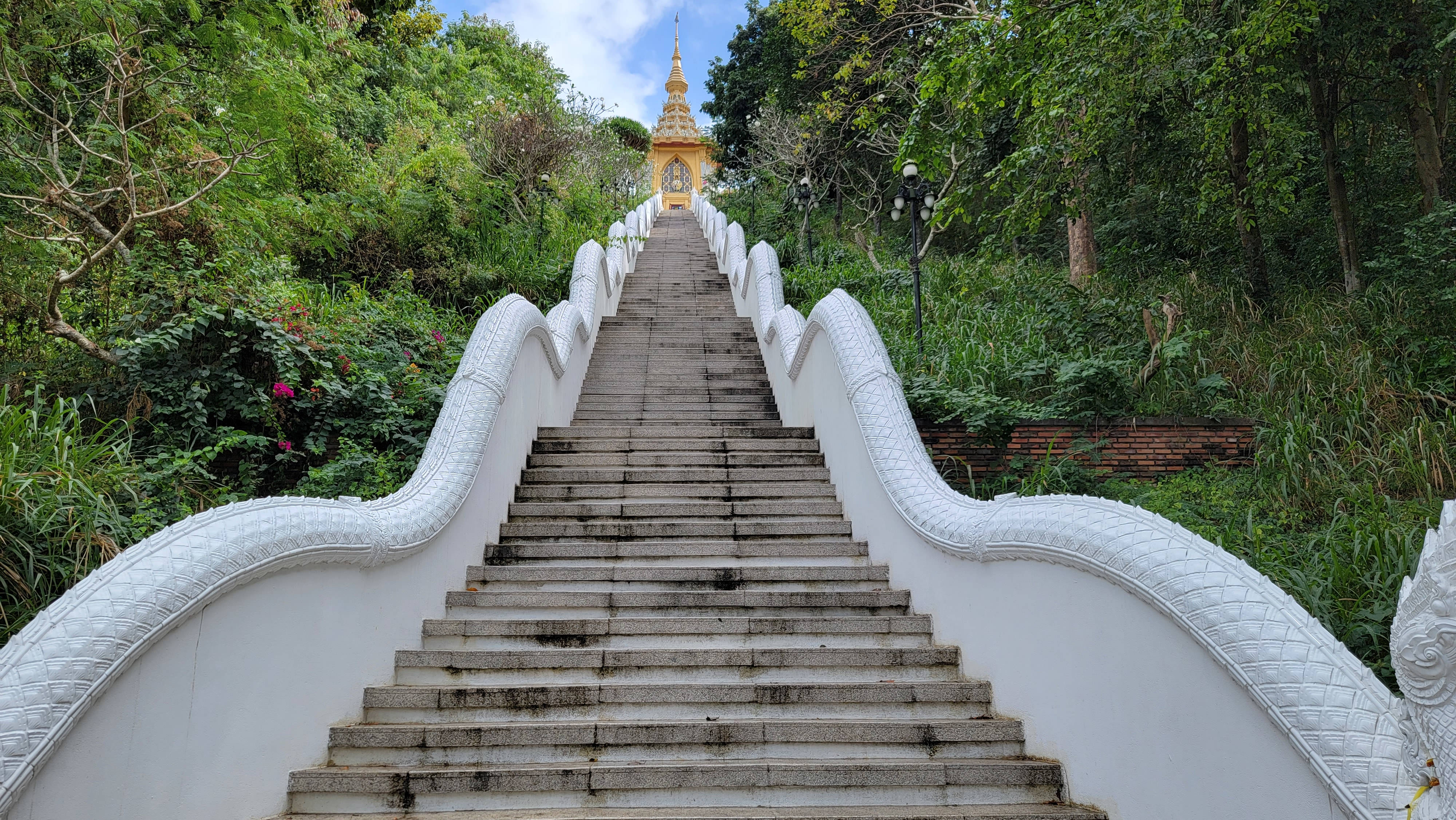 Finally, we got up, this is Mandapa. 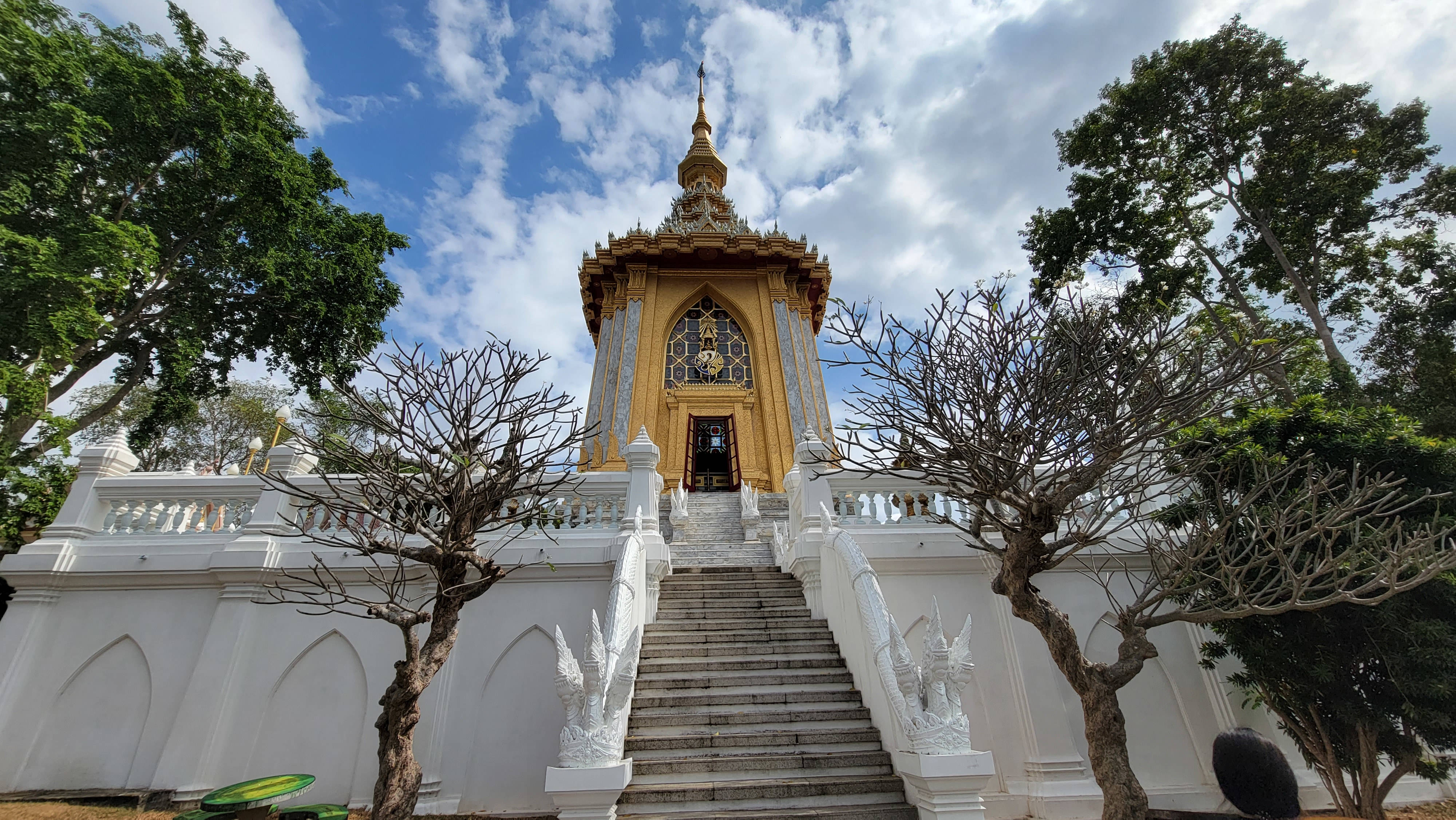 From here, views of Ban Amphoe Lake and the temples around it opened up. We began to look around. 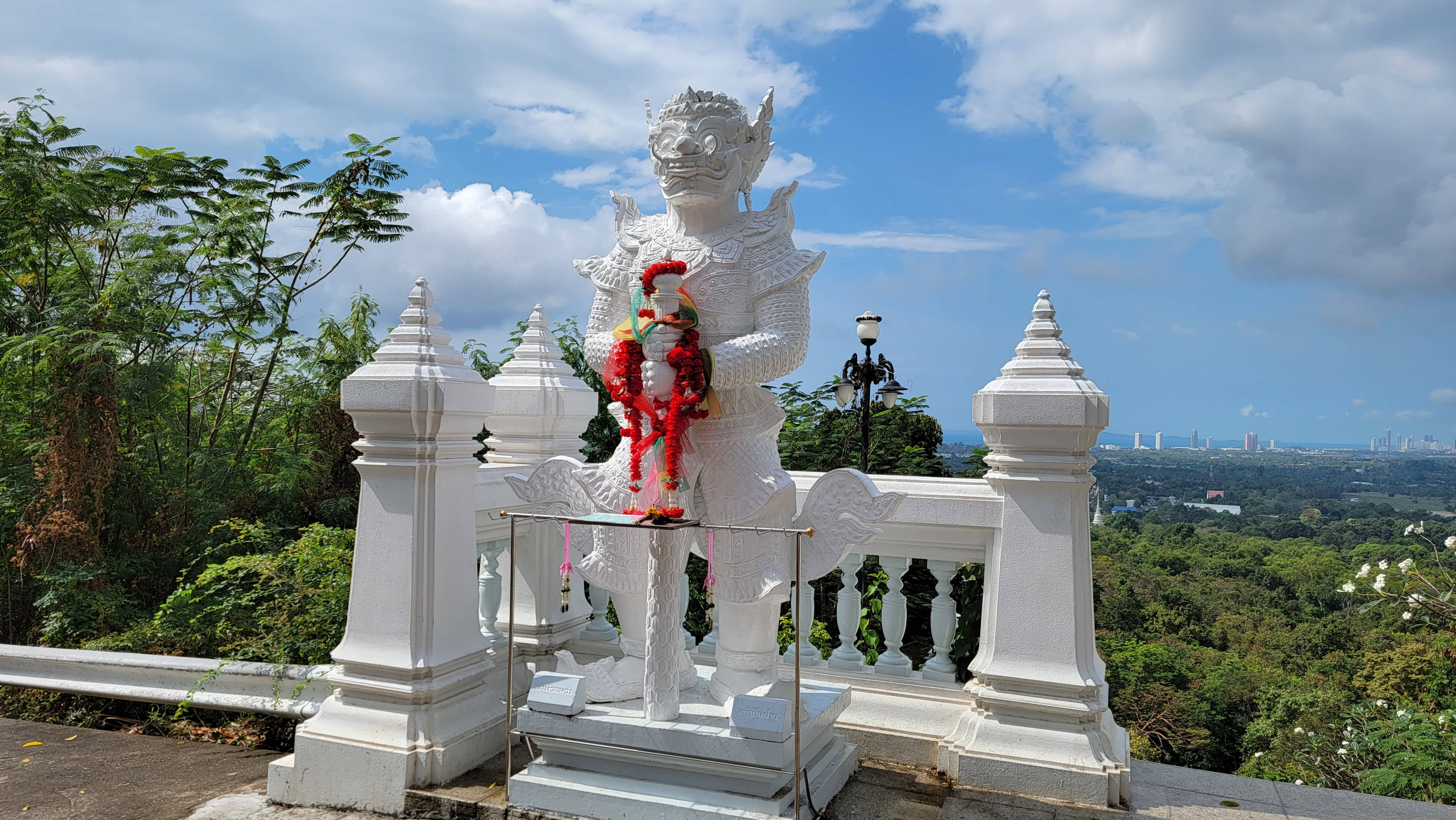 Quite unexpectedly, a car drove past us – at that moment we realized that a highway that we did not know about leads straight to here. 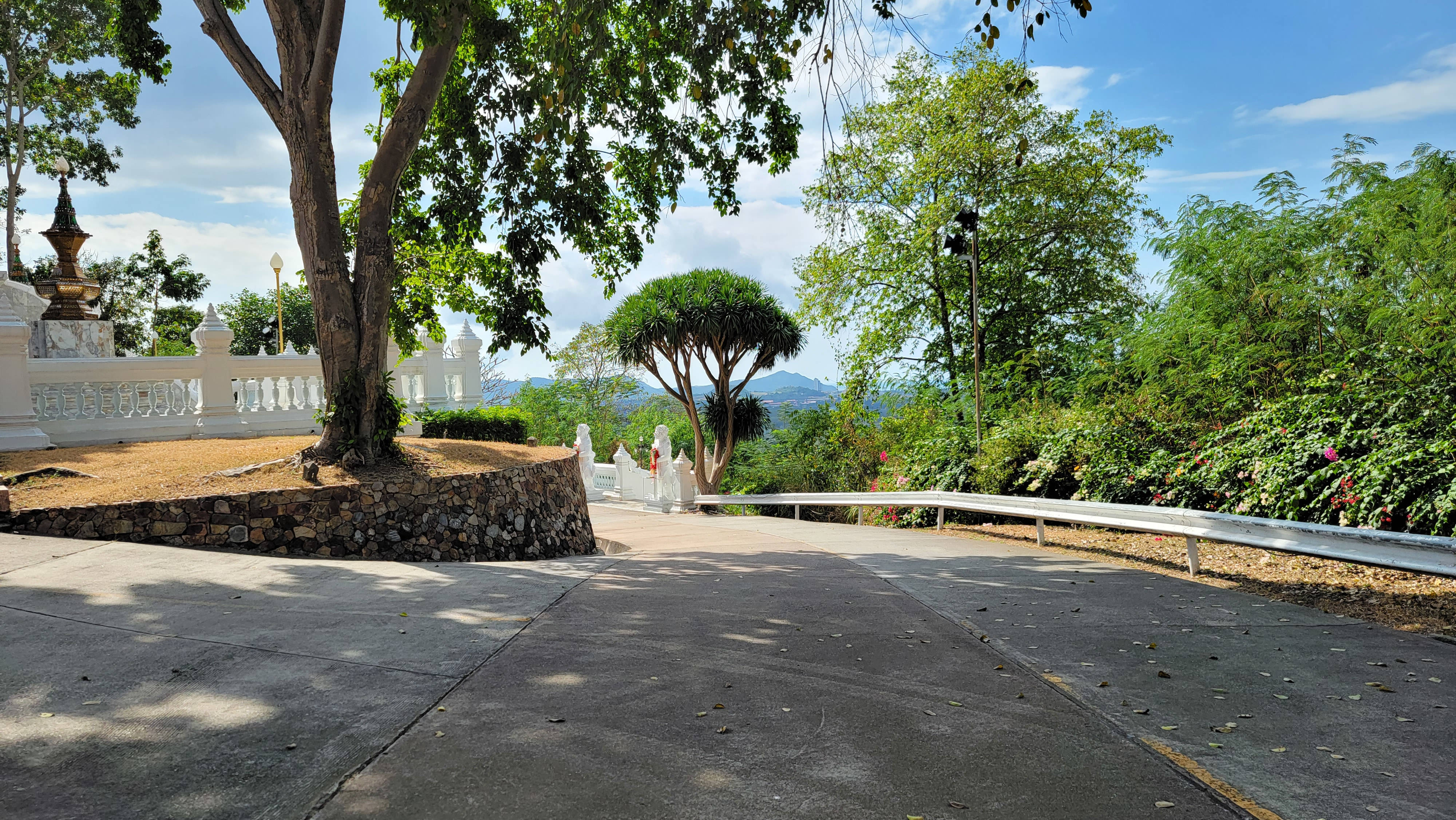 Another commemorative plaque explaining the history of the creation of this monument. 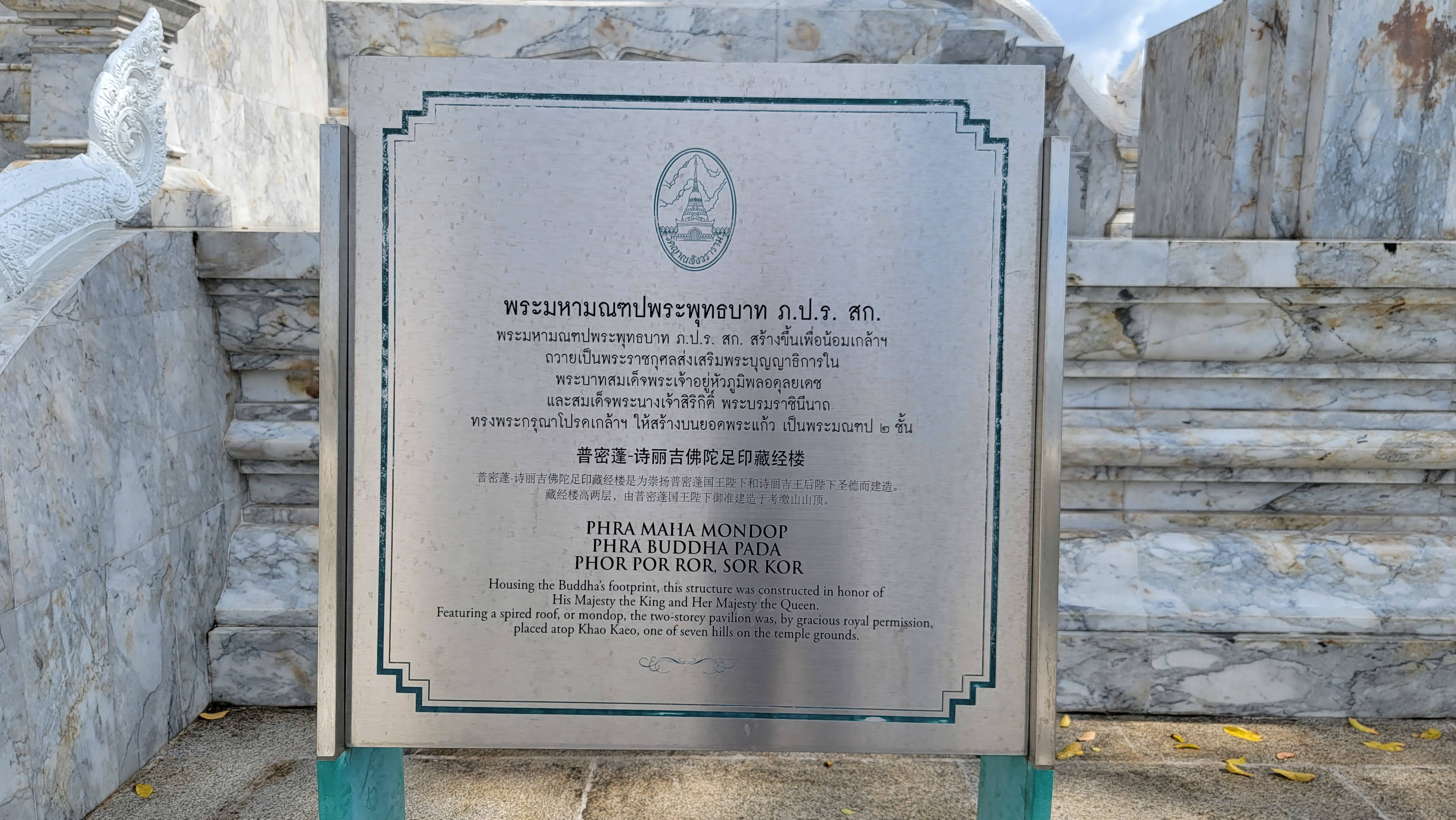 The territory is small, but very beautiful. 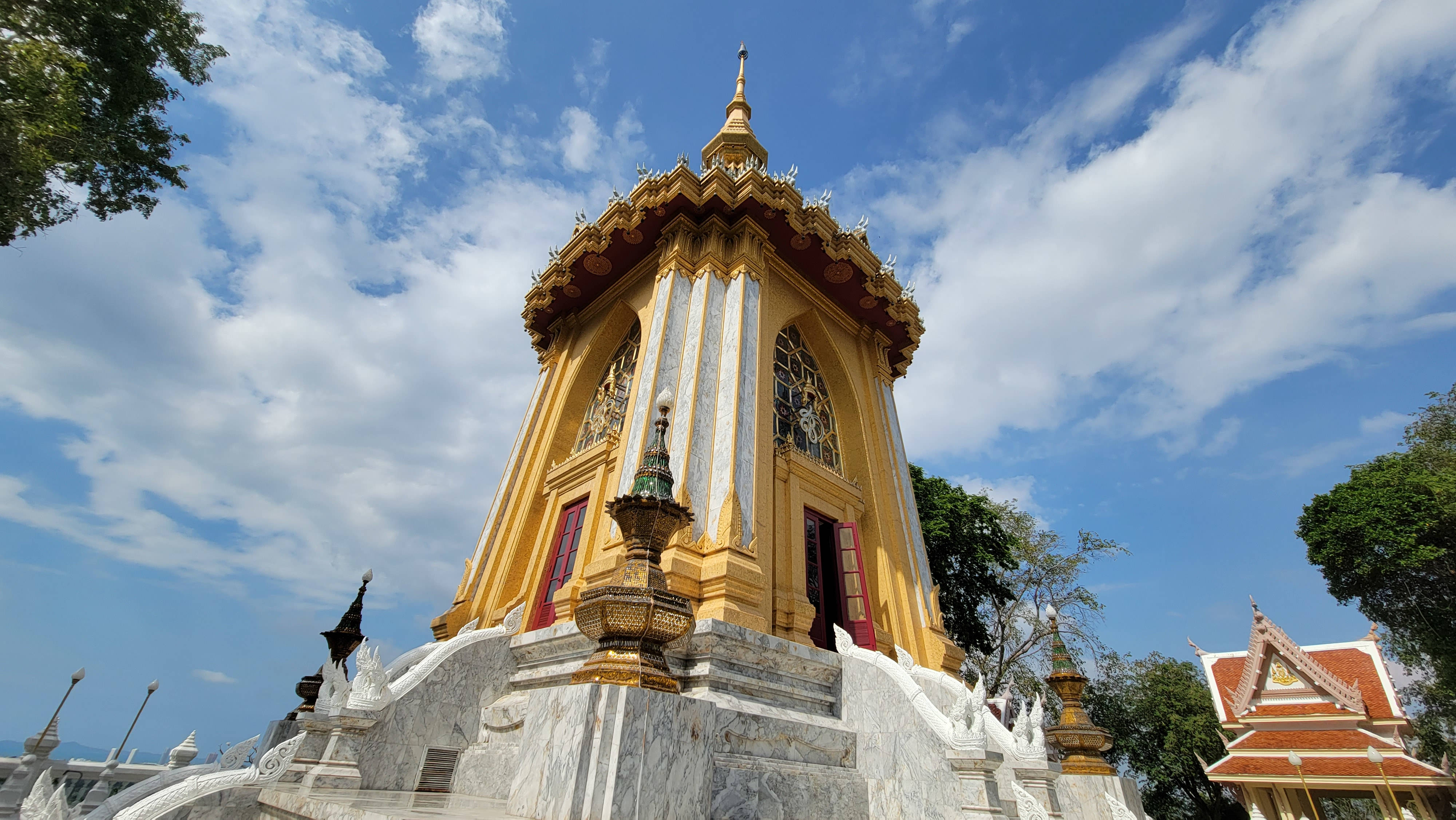 We walked around the Mandap and enjoyed the views, still hesitating to go up as we didn't know if it was allowed or not. 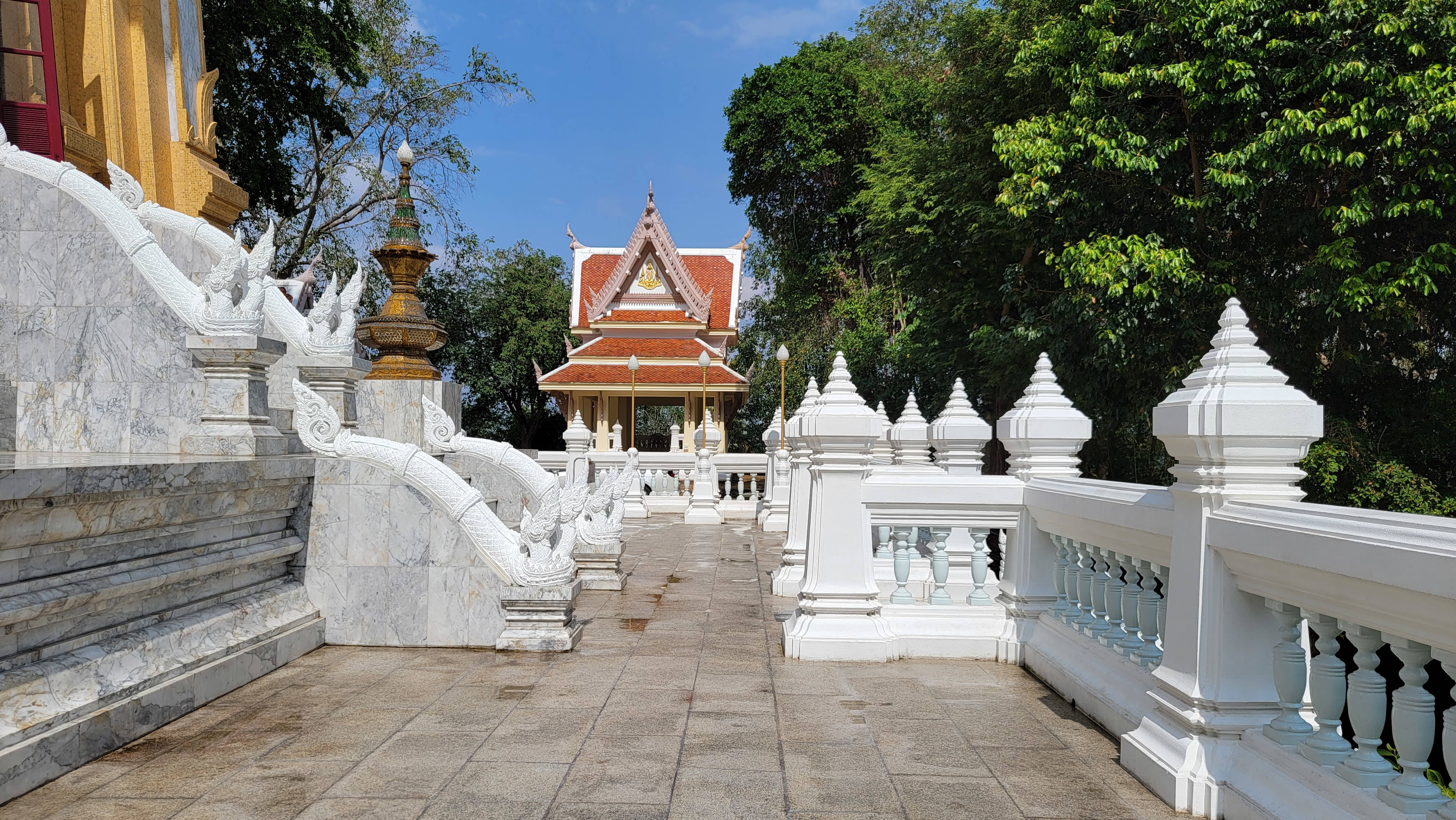 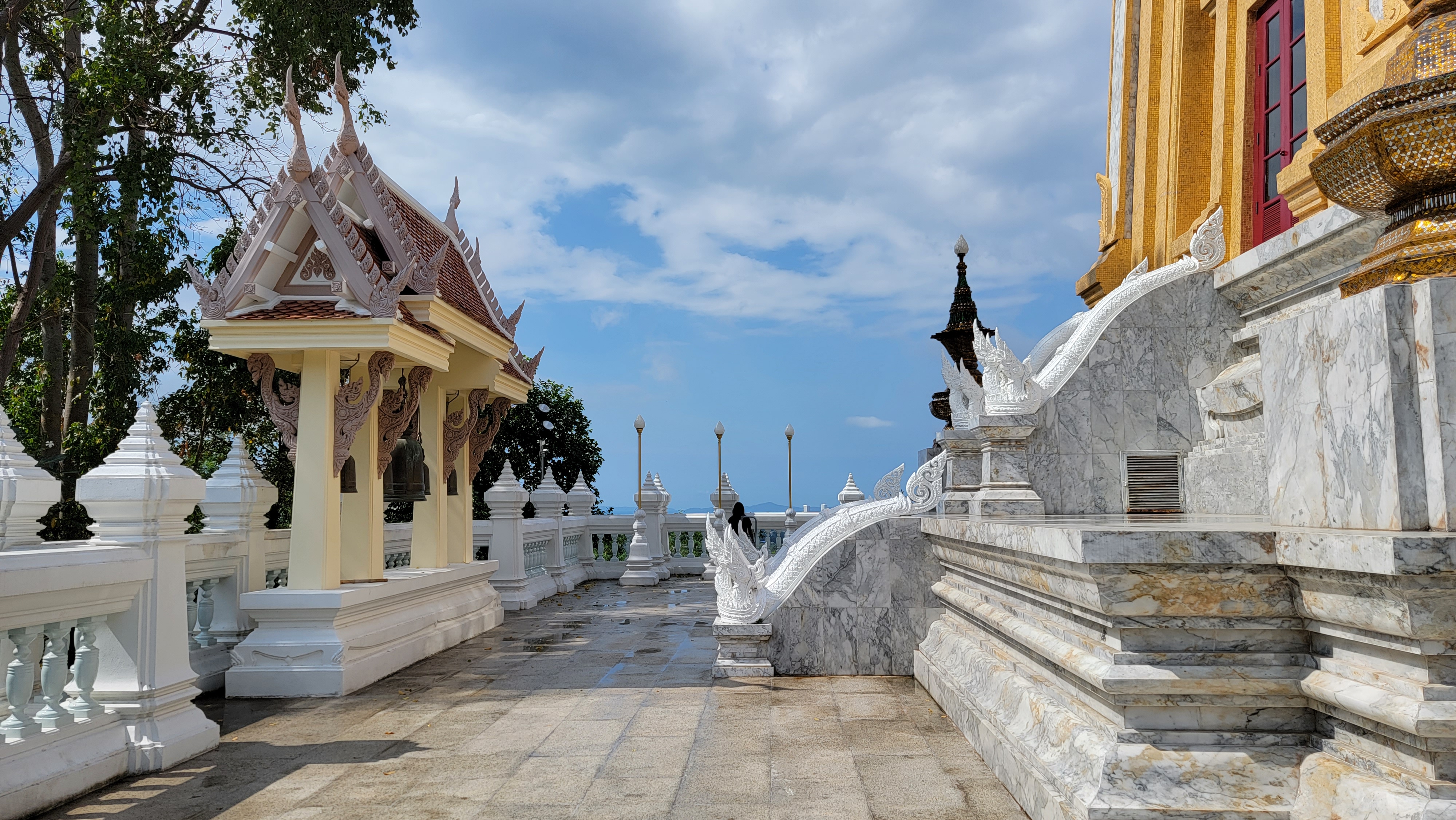 Finally, when we saw a sign that everyone can climb, except for people in short shorts, we decided.

It is not written anywhere, but most likely you need to take off your shoes when entering the Mandapa, since this is a sacred place for Buddhists.

This is the view from the highest point. You can see the lake, as well as high-rise buildings – most likely Pattaya or its suburbs. 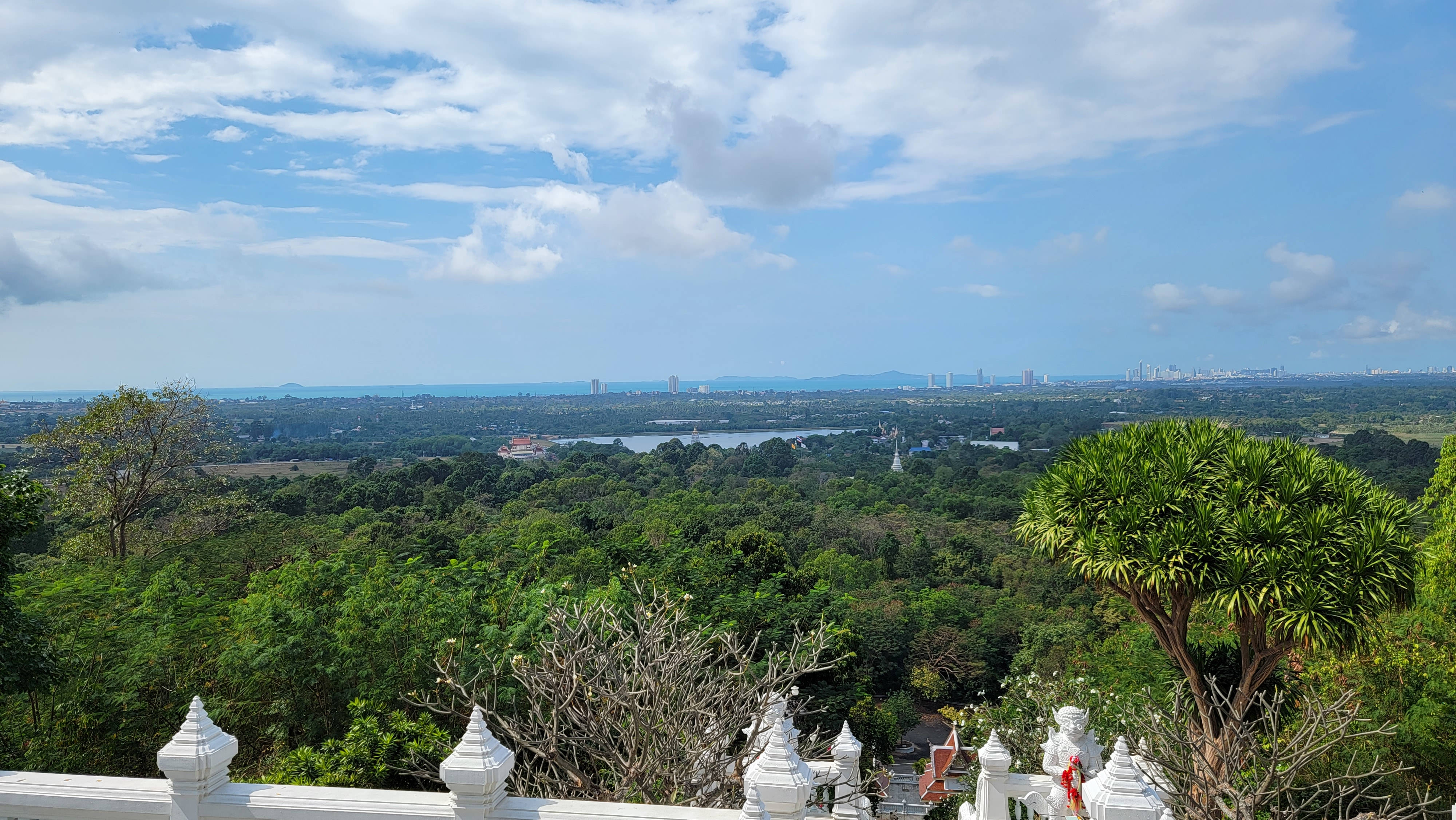 We walked around a little more, admiring the stunning scenery. 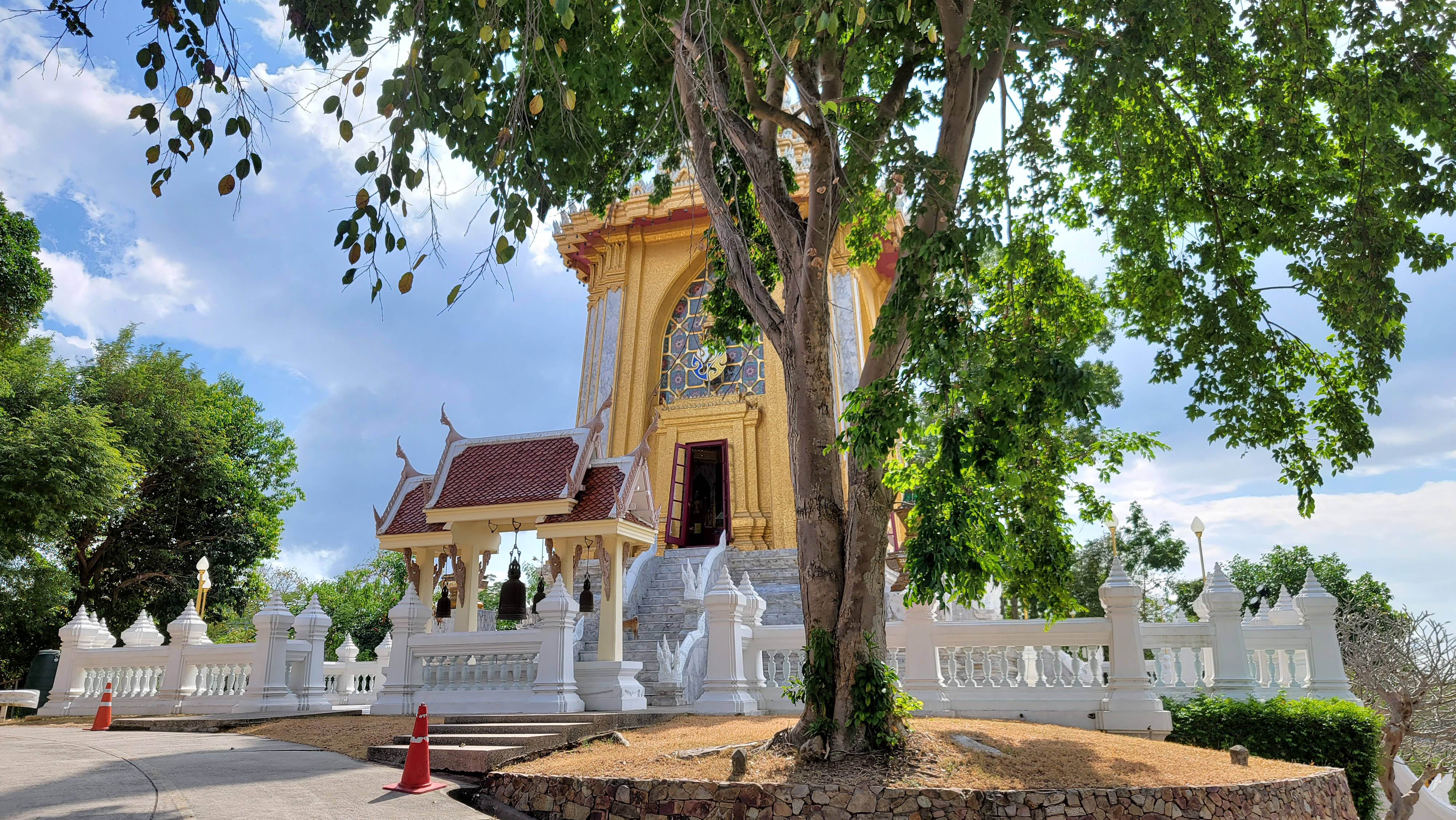 As such, there is no parking at this location. But it can easily accommodate a few cars and quite a few motorcycles. I decided that I would find an entrance to this place and drive here on a motorcycle.

But first, we still had to go down. 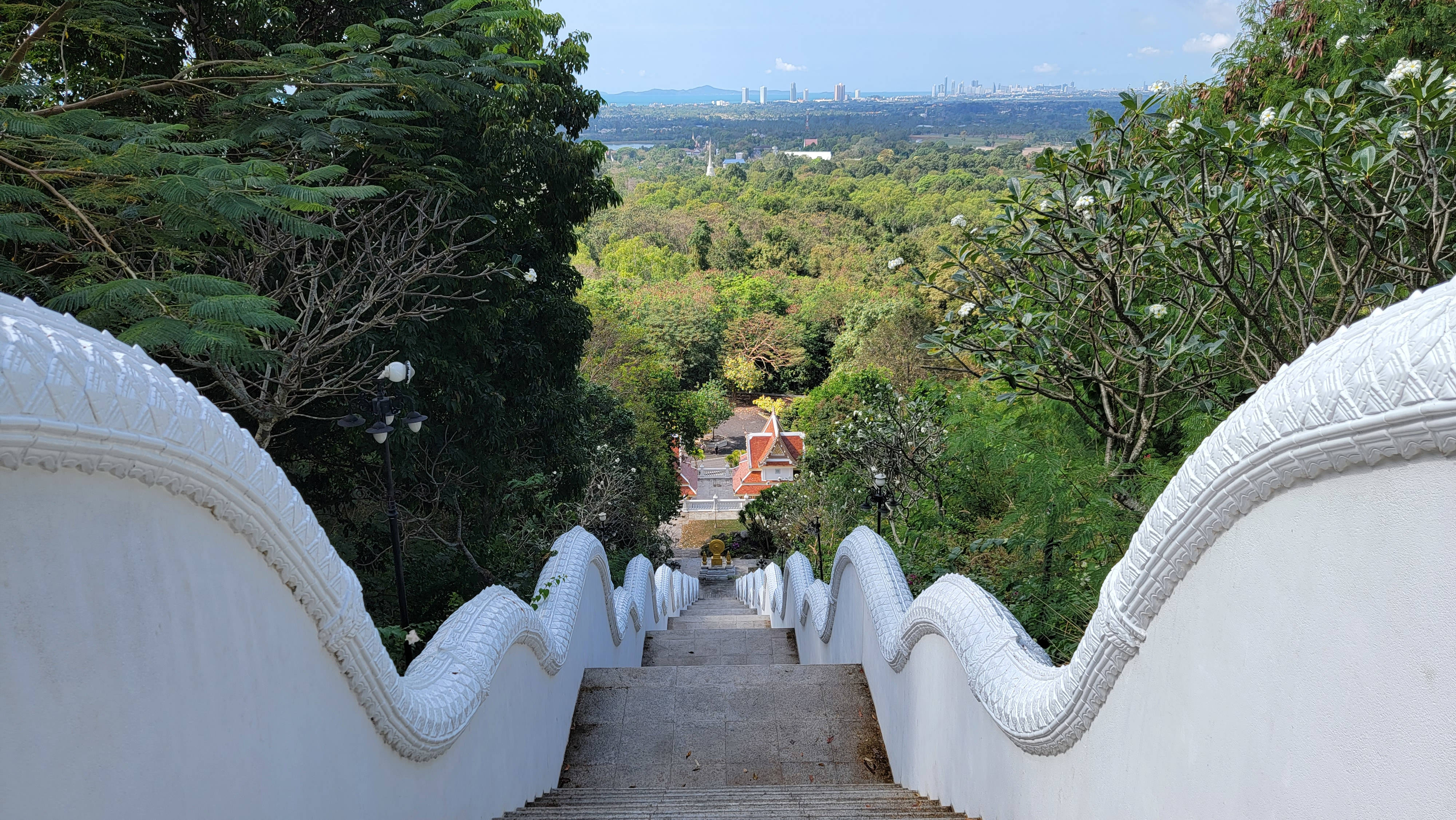 The race turned out to be quite simple – with not too steep climbs and not too sharp turns. But the road in some places was covered with leaves and even some branches. Apparently not too many people come here. Although while we were there, we saw a dozen tourists who mostly came by car.

This was the beginning of our little journey for that day and we moved on. On one of the sections of the road, we saw Khao Chi Chan in the distance. 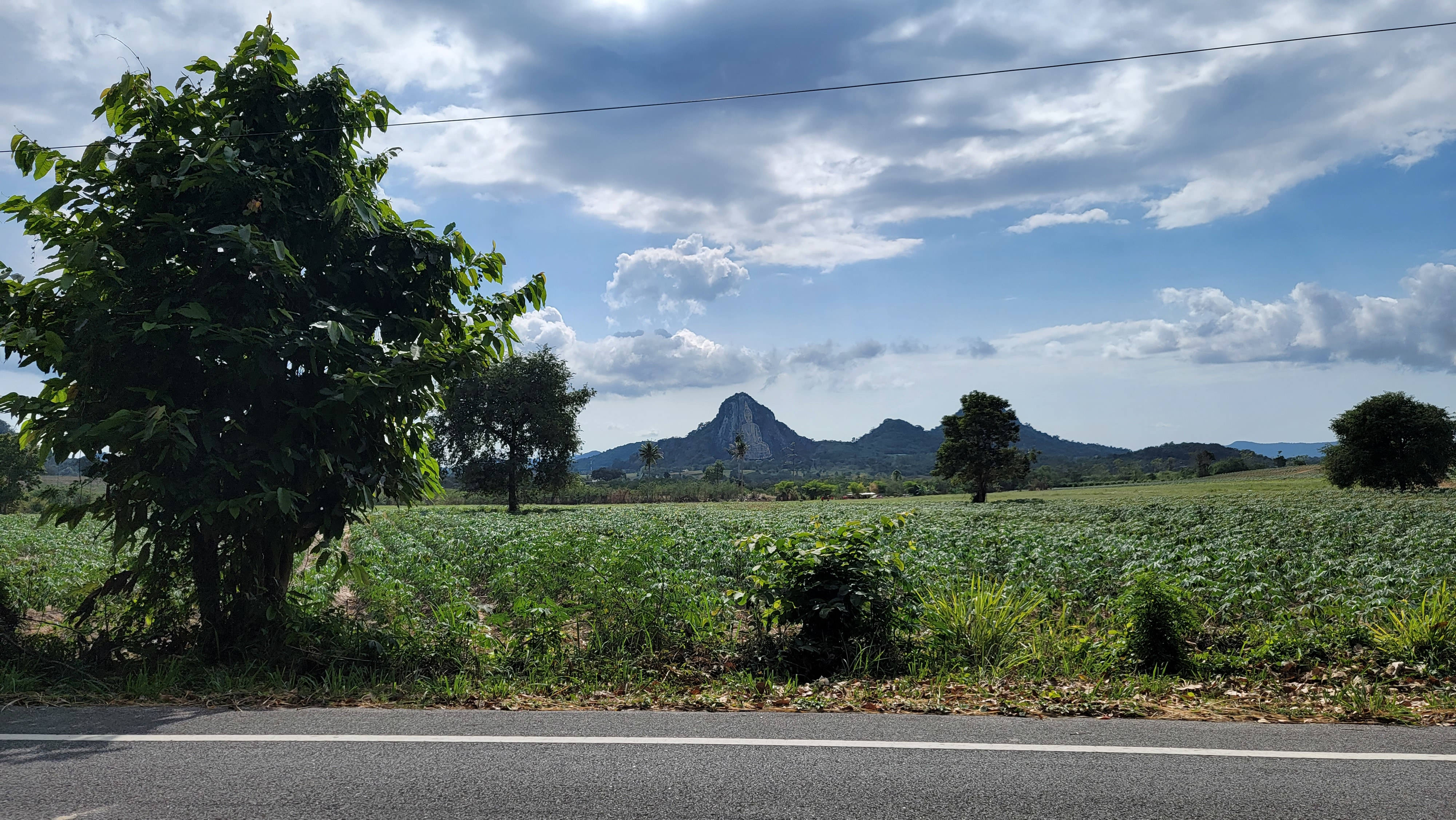 https://pattaya-pages.com View more posts from this author
« How to update entries in Passbook (Bank book)
How to use Key Cards »