Where do the buses from Southern bus terminal of Bangkok, Mo Chit and Ekamai come?

Public transport in Thailand is very developed and inexpensive. For example, a ticket from Bangkok to the resort town of Hua Hin (300 km from Bangkok, 3 hours on the way) costs 180 baht, or 300 baht if you buy a round trip ticket.

Due to its sophistication and accessibility, public transport in Thailand can seem confusing. In this article, we will consider the bus stations of Pattaya.

From these bus stations you can travel to Bangkok, Khon kaen, Udon thani, Nong khai, Hua Hin, Chiang Rai and Chiang Mai, Rayong, Mai Sai, Ubon, as well as to the islands of Ko Samet and Ko Chang.

This bus station is located at the intersection of Sukhumvit and Central Pattaya (Pattaya Klang), called Pattaya Pannipa.

In fact, it can be called a bus station conditionally. Look at the photo: 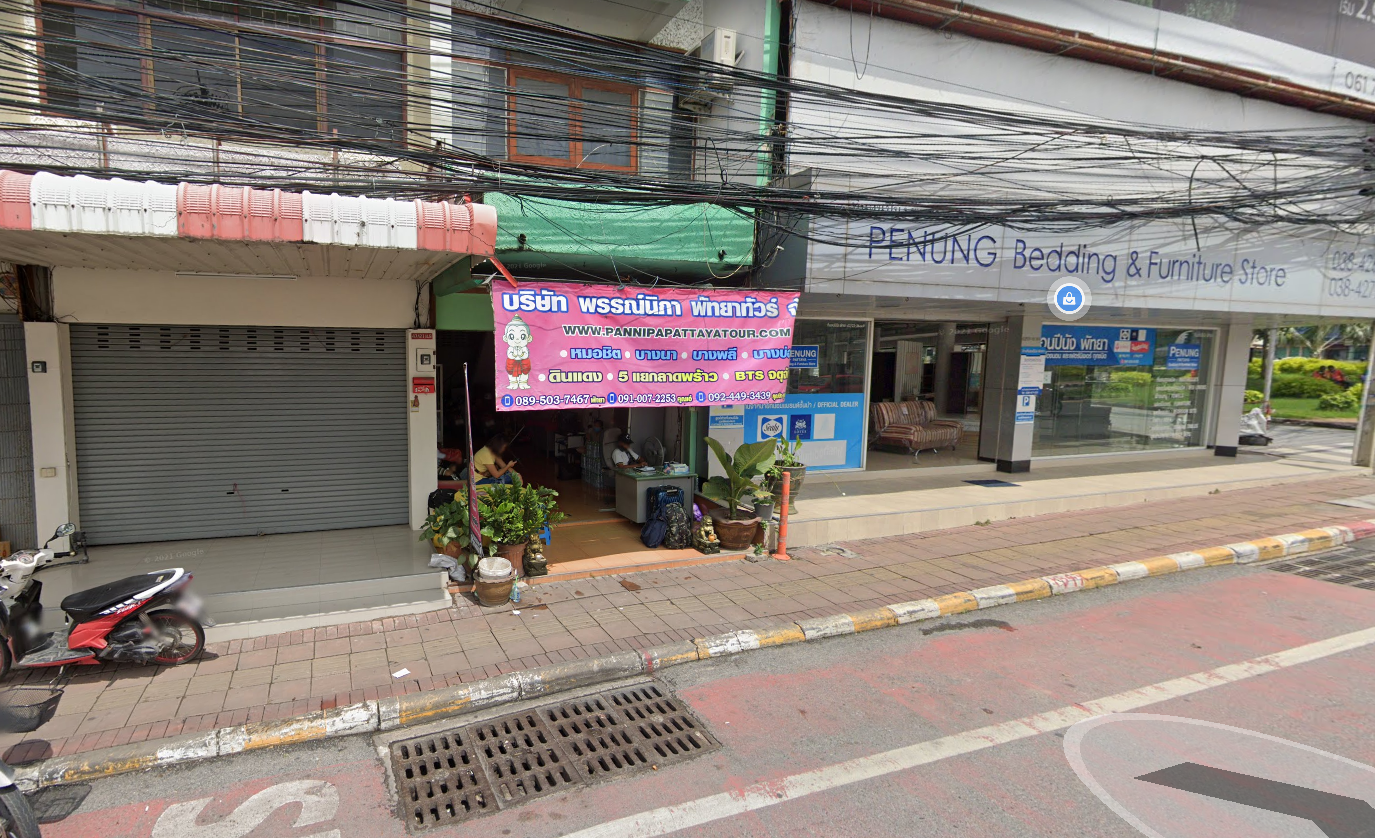 This is the place where tickets are sold and you wait for your bus. Usually there are several minivans right in front of it. Just in case – the sofa in the photo is not a resting place, it is already a furniture store.

From here minivans leave for Bangkok.

In Bangkok, buses arrive at the Mochit BTS station. Conversely, from Mochit they come to Pattaya Pannipa.

Previously, buses departed every half hour.

All buses are minivans only.

There are loyalty programs, in Bangkok you can get something like such a card (this is another company) and when you accumulate 10 trips, the tenth will be free – this is true, I got free trips (I traveled a lot from Pattaya to Bangkok on business).

The next station is in Jomtien. Its address: Jomtien-Suvarnabhumi Airport Bus Station, address 316, 24 Thappraya Rd, 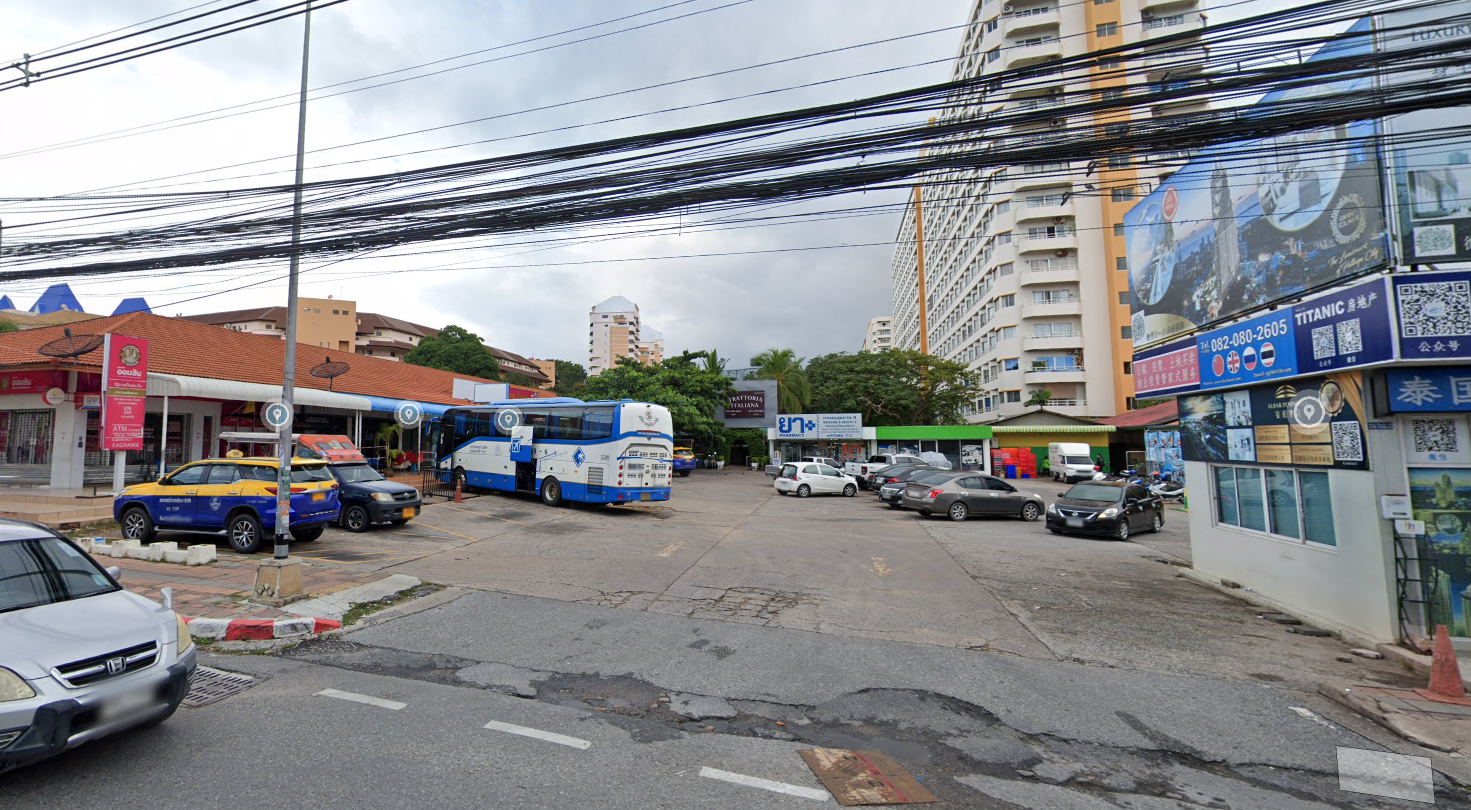 From here the bus goes to the Suvarnabhumi Airport.

Accordingly, buses arrive here from the airport. In fact, when you go from the airport, you don't have to wait until you arrive at Jomtien, just ask to drop you off wherever the bus passes. This applies to all buses in Thailand. 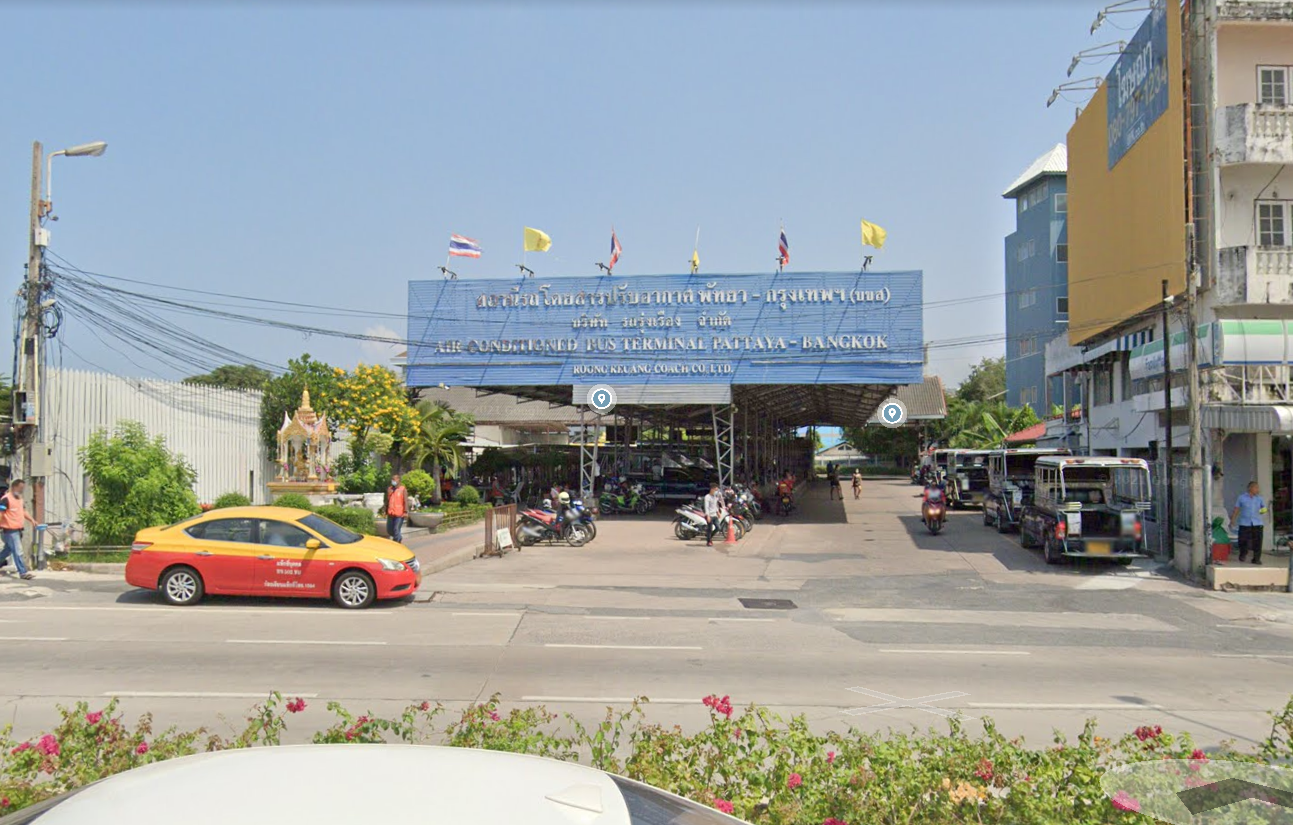 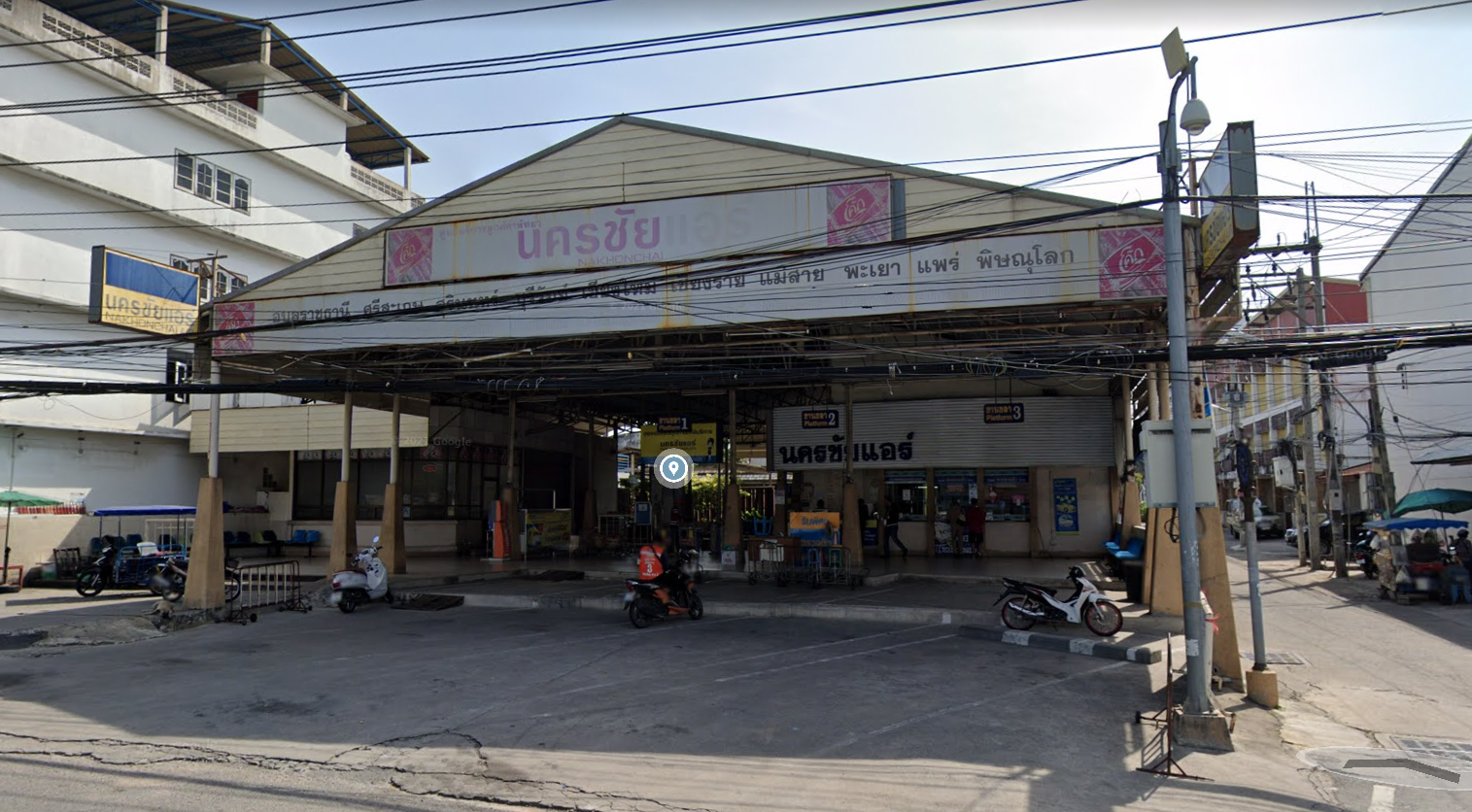 This bus station is located next to the already familiar Pannipa station. Namely, not far from Sukhumvit Road, 100 meters south of the intersection with Central Pattaya Rd. When you walk down Central Street and exit onto the highway, cross Sukhumvit Road, turn right and take a short walk. The facade of a small bus terminal building with a canopy over the platforms overlooks Sukhumvit, between Sukhumvit 57 and Sukhumvit Pattaya 59 Pattaya (these streets are already behind Sukhumvit Highway, that is, in the East Pattaya area, therefore, if you are moving from Pattaya, you need to cross the road.

From the previous bus stations you can get to Bangkok. And from Nakhonchai you can go to the major tourist centers of Northern Thailand: Chiang Rai and Chiang Mai, Rayong, Mai Sai, Ubon, as well as to the islands of Ko Samet and Ko Chang. It is said that from here you can travel to Laos.

They have a website with a departure schedule, but to make us suffer, they put it up as a picture that is not easy to translate on Google.Translator: http://www.nakhonchai.net/home/timetable.php 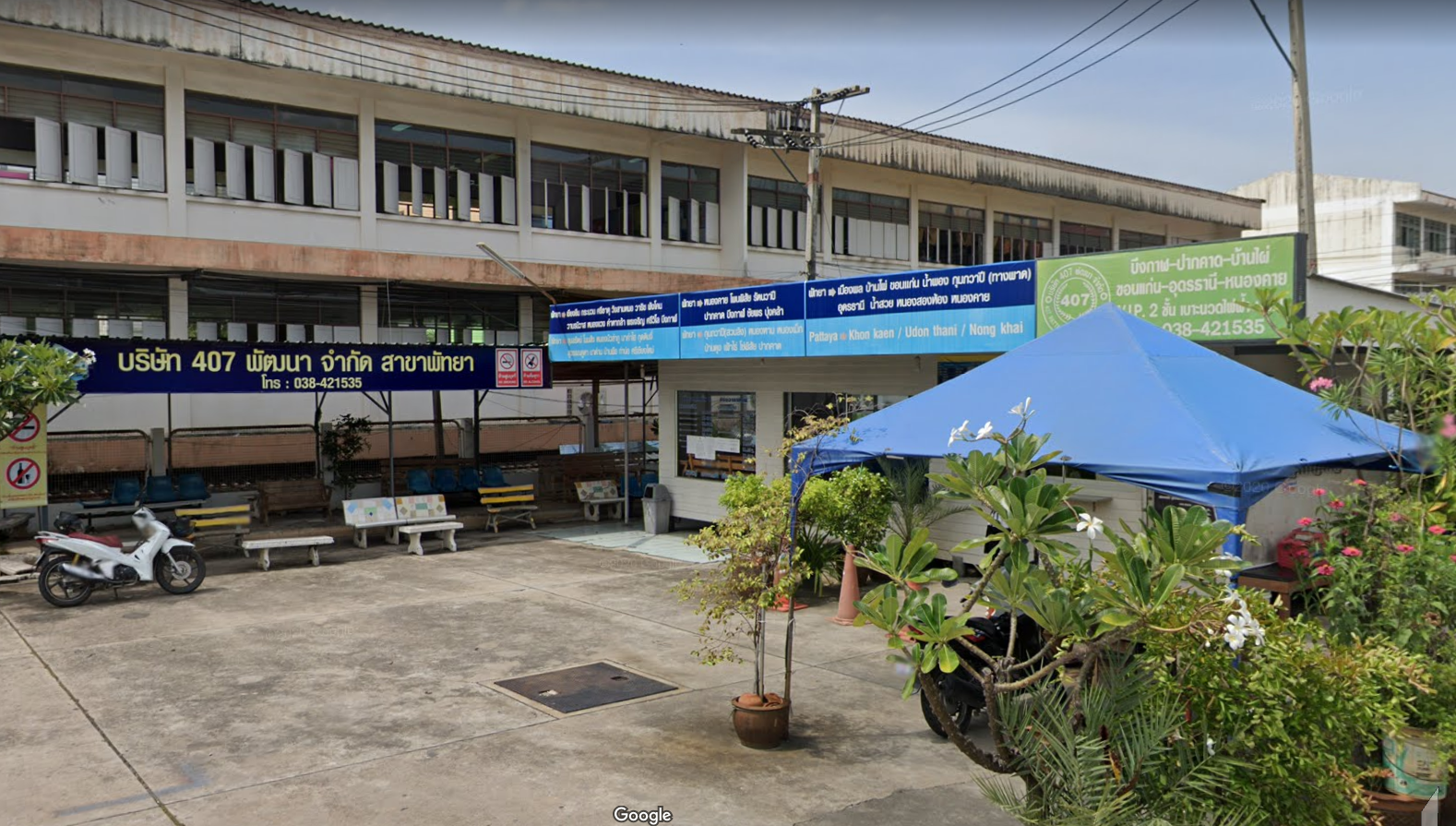 The next place is not easy to find if you don't know about it. This station occupies part of the territory of a gas station. Located next to the mosque. I did not find a description in English, in translation from Thai the name can be translated as 407 Pattana Company Limited, a branch in Pattaya (407 Central Pattaya). But in everyday life it is more often called “Bus 407”.

To get to bus 407, while driving along Central Pattaya Street, get to Sukhumvit Highway and turn left. Driving along the Sukhumvit highway, immediately after the pedestrian bridge, turn to the gas station, which is located before reaching the mosque.

This bus travels to the north of Thailand in the province of Khon kaen, Udon thani, Nong khai.

You can find out the schedule and availability of seats on the bus by calling the phone number: +6638421535 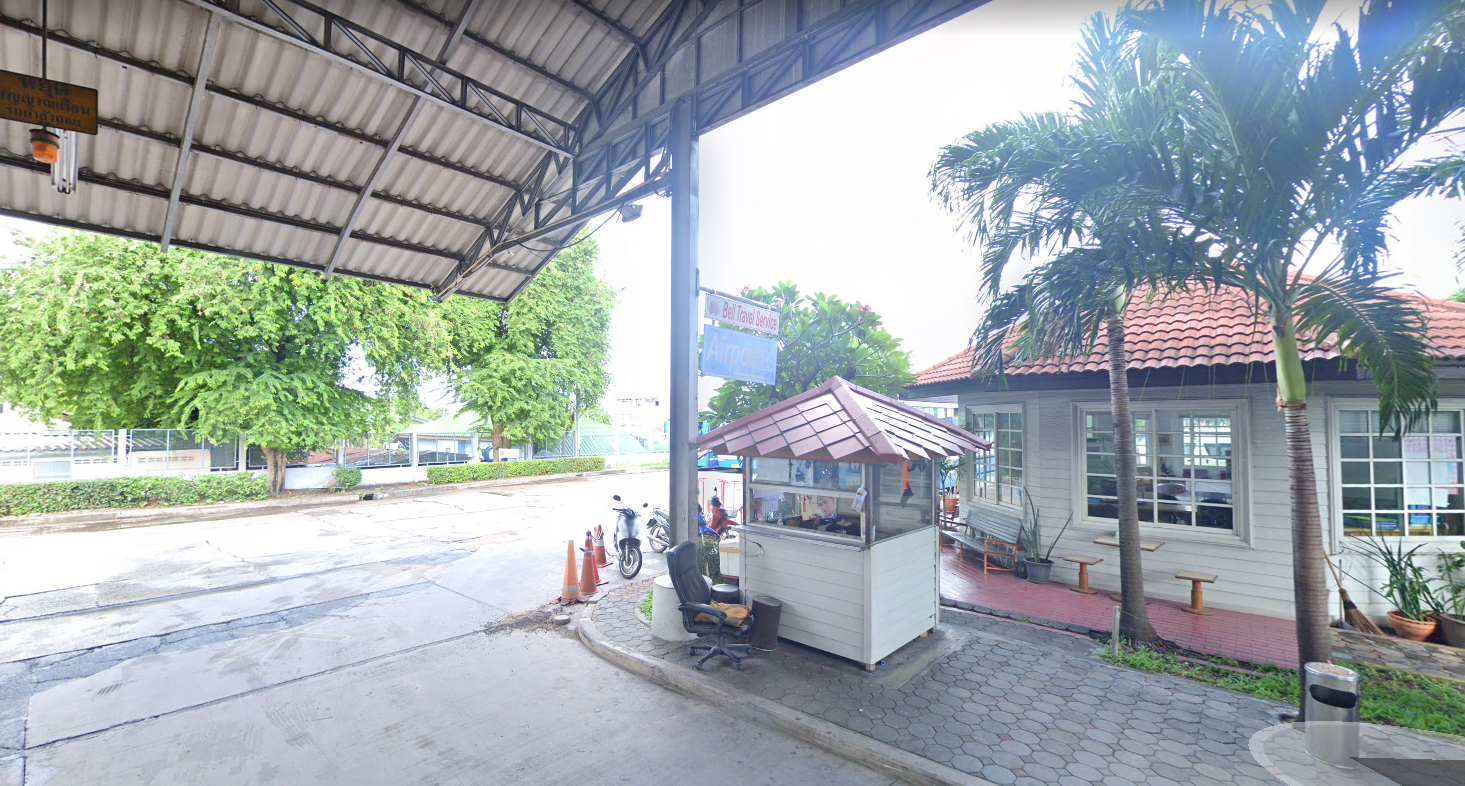 Bell Travel Service combines the advantages of taxis and public transport. Minivans take passengers from hotels to Bell Travel Service offices. Then, from the bus station, large buses travel to the city of destination. In the city of destination, passengers are again transported by minivans to their hotels. As a result, passengers get the convenience of a taxi at a cost slightly more than public transport. 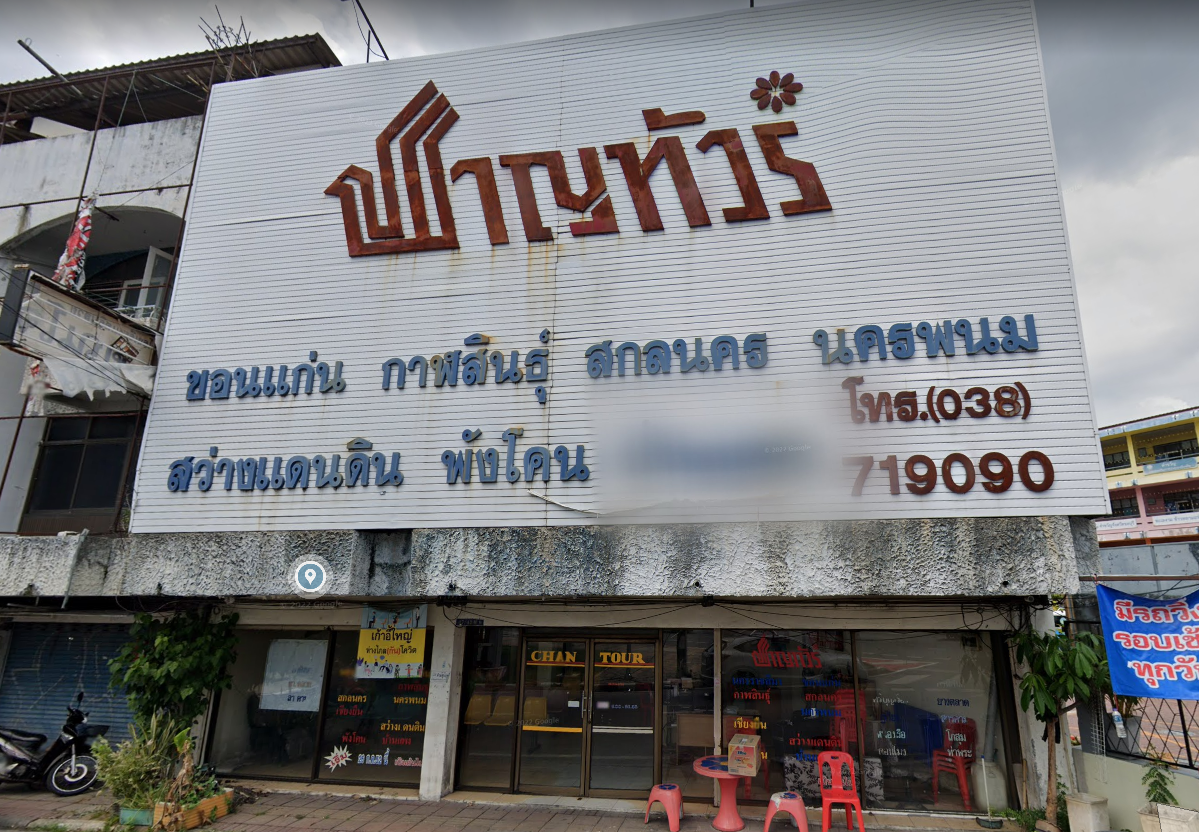 The Chan tour bus station is located at the intersection of Sukhumvit Highway and Central Pattaya Road (Pattaya Klang).

From the Chan tour station you can get to the northern regions of Thailand, in particular: 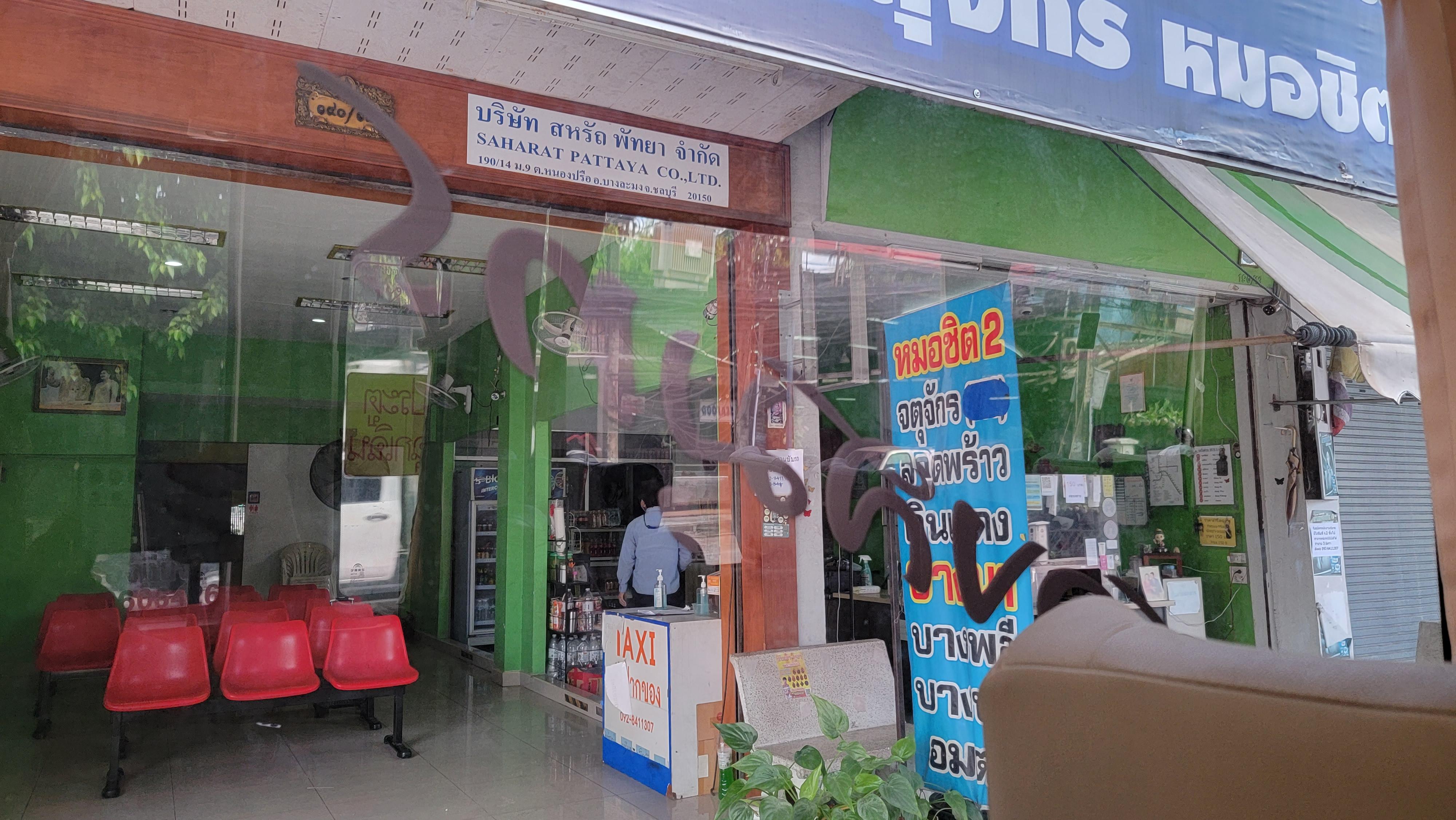 New bus station located on Central Pattaya street. This bus station opened recently and is not even on Google Maps yet.

Types of buses: minibus (more convenient than a minivan!)

Schedule: Departure every hour from about 5 am to about 2 am. 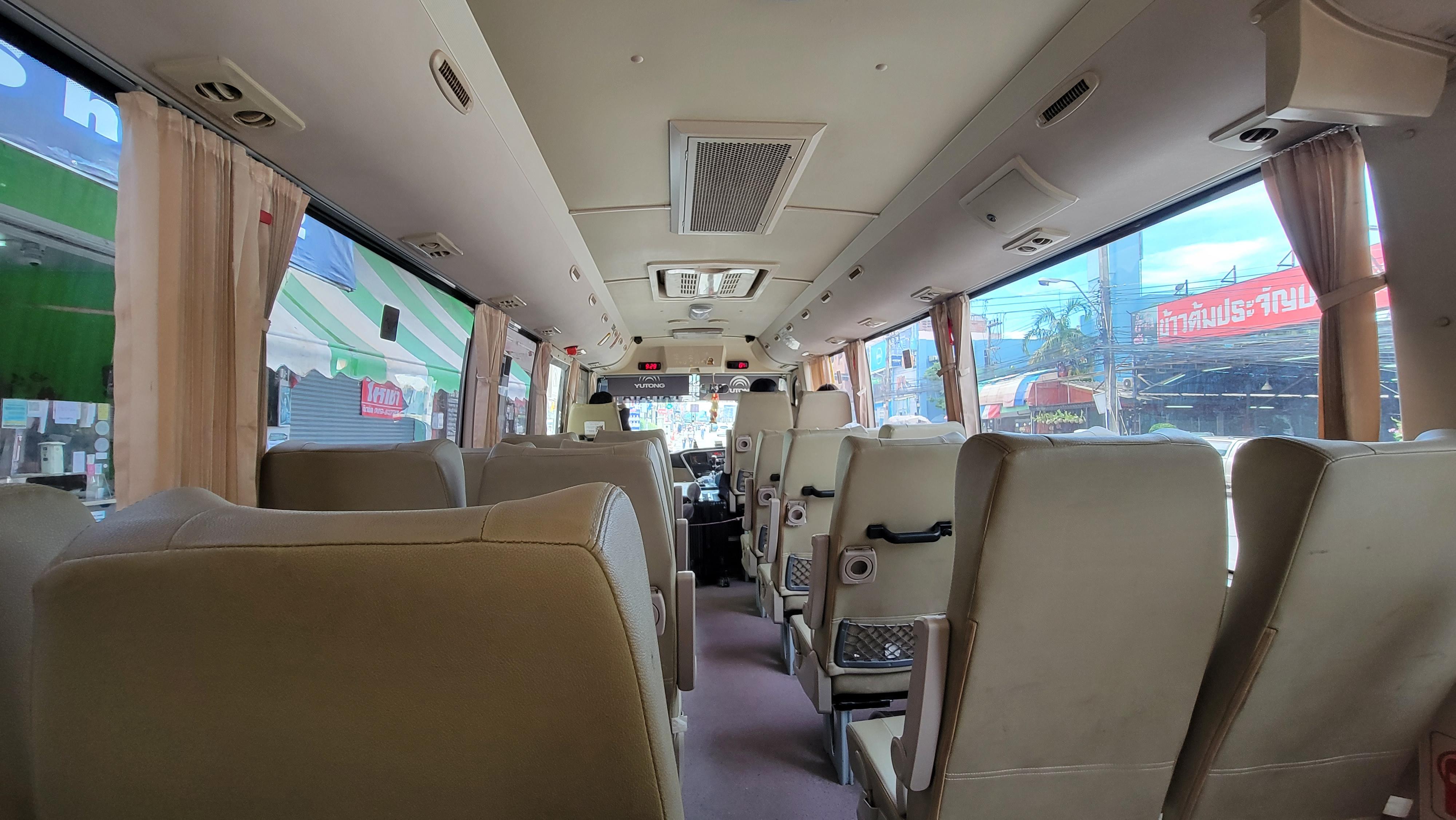 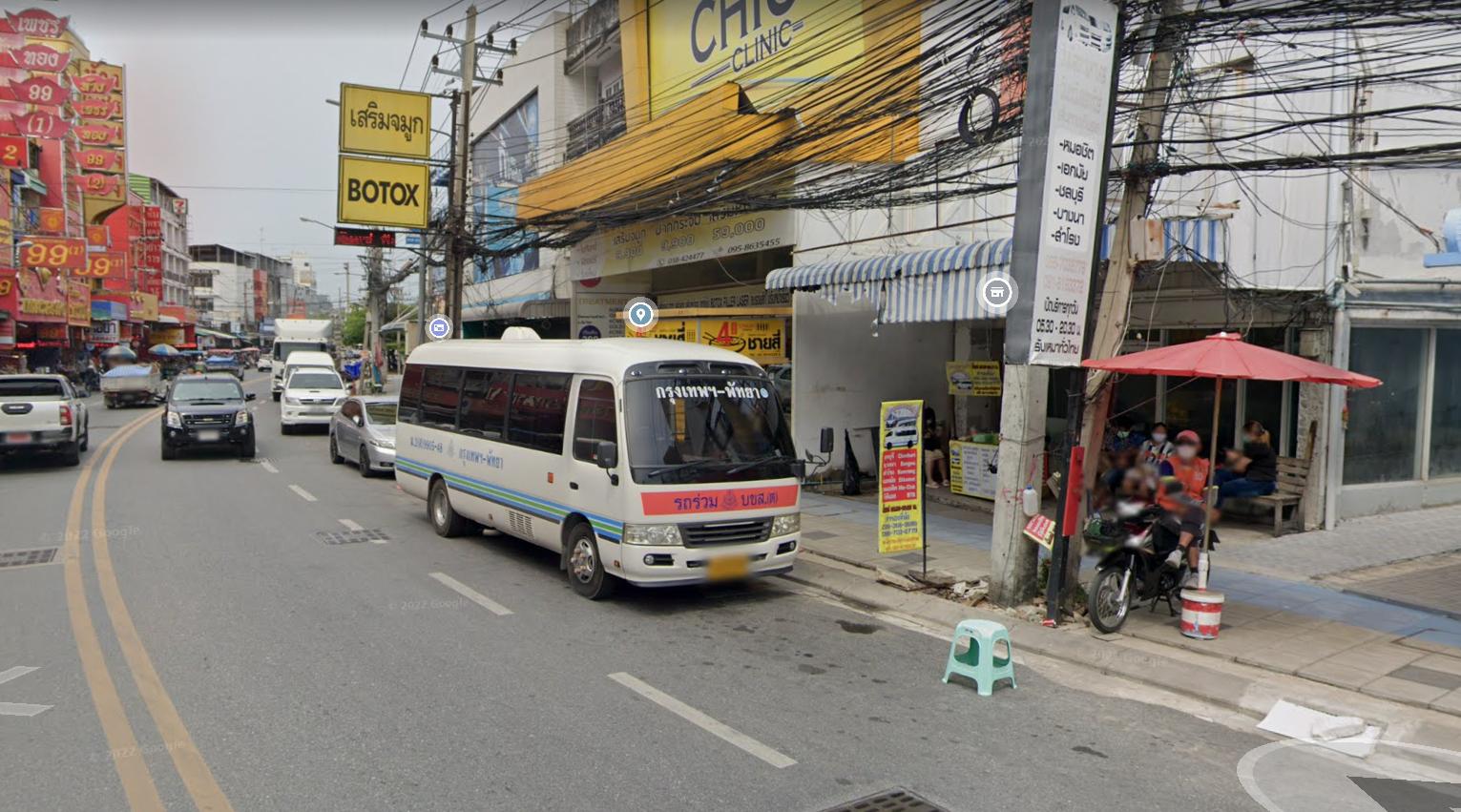 Where do the buses from Southern bus terminal of Bangkok, Mo Chit and Ekamai come?

The main rule is – where the bus left from, it will arrive there.

From the airport, buses must go to Jomtien-Suvarnabhumi Airport Bus Station.

Each company has its own loyalty program, that is, in order to accumulate trips, you need to ride the buses of the same bus station and in the same direction.

https://pattaya-pages.com View more posts from this author
« Badminton courts in Pattaya. Where to buy badminton equipment in Pattaya
How to protect your hands from tanning »

One observation on “Pattaya bus stations”