What do the colors and letters at the crossroads in Pattaya and Thailand mean?

Now (2022) roads and sidewalks are being repaired very actively in Pattaya. It is also actively updated and new markup is applied.

Crossroads may be marked with green, red and yellow areas. Sometimes letters are drawn on before leaving the intersection – sometimes only Thai, sometimes Thai and Latin. What does all this mean? This article will tell you all about it!

Look at this photo, it contains three mentioned areas of color marking of the intersection at once.

In the next photo, the green area is missing (the photographer is standing on it), but the yellow and red areas are more clearly visible. 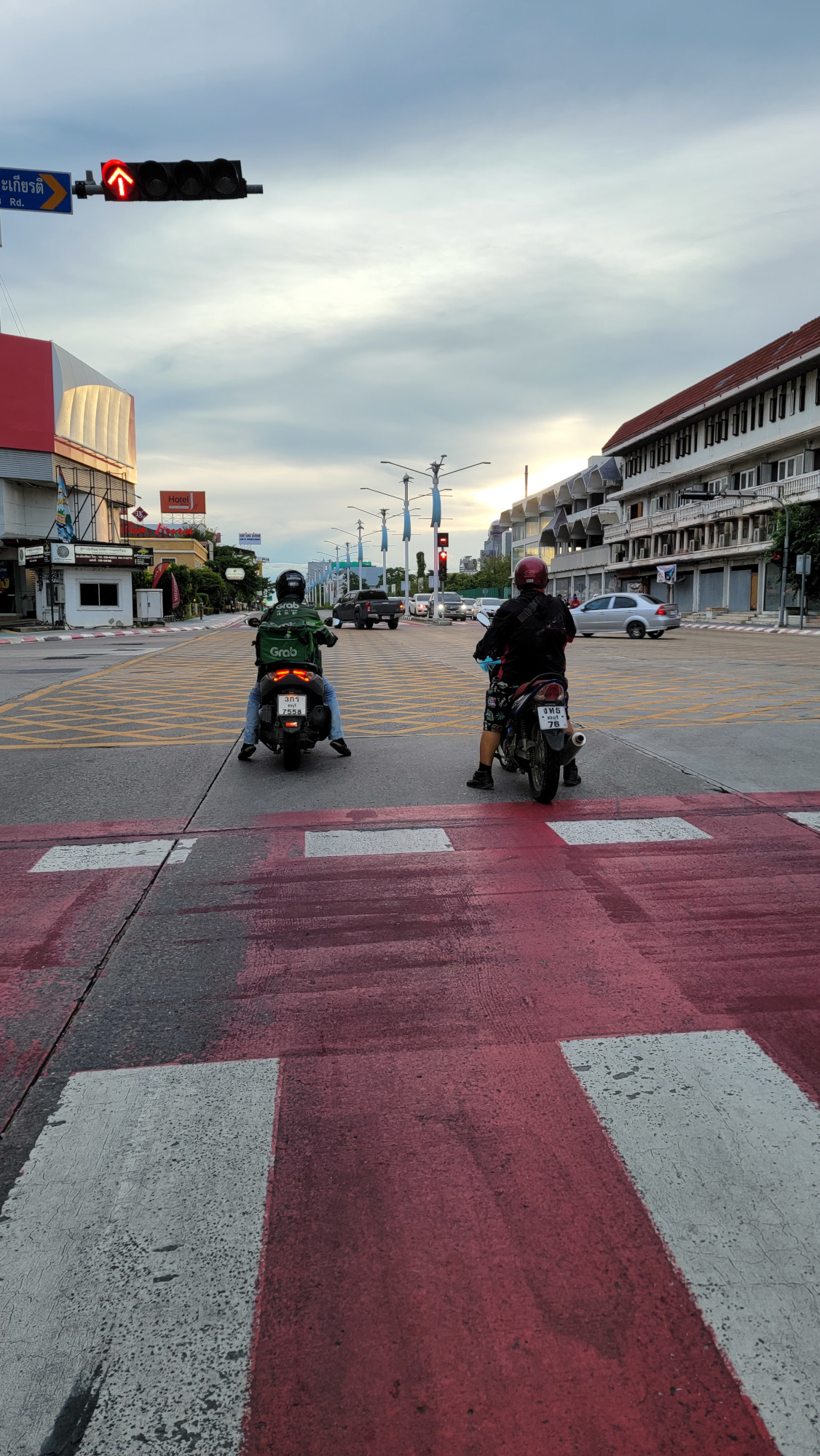 The green area in front of the intersection means the place where motorcycles stop – in the front rows of each lane.

Intersecting yellow lines – it is absolutely forbidden to stop. Solid diagonal yellow lines are used to prevent vehicles from stopping in this zone, except for vehicles waiting to turn right at an intersection. That is, the areas shaded in yellow cannot be used to stop at a traffic light, since those who are on them will interfere with the passage of other vehicles making a turn.

Pedestrian crossings are highlighted in red, neither motorcycles nor cars can stop at them.

What do the letters จยน and MC mean at intersections

The letter จยย is short for รถจักรยานยนต์ which means “motorcycle”. Next to these letters (if there is enough space) there can be two more letters MC, this is short for motorcycle as well.

These letters are applied to the green areas that are mentioned just above, that is, these are the places where motorcycles stop at intersections while waiting for a green traffic light.

https://pattaya-pages.com View more posts from this author
« What is cinema in MX4D and 4DX. Where to watch MX4D and 4DX in Pattaya and Thailand
Honda Click 160i – is it worth buying a motorcycle with a more powerful engine »