Why are bananas grown in the center of Pattaya, is it really so profitable?

The capped photo shows young banana palms planted on land less than 2 km from Walking Street and the sea. This is South Pattaya, not the very center of the city, but very close to it.

And in the next photo there are banana trees that have grown before my eyes. From my condominium, I watched as young trees were planted on an empty lot and this is how they became in less than six months. The first crop has already been harvested. 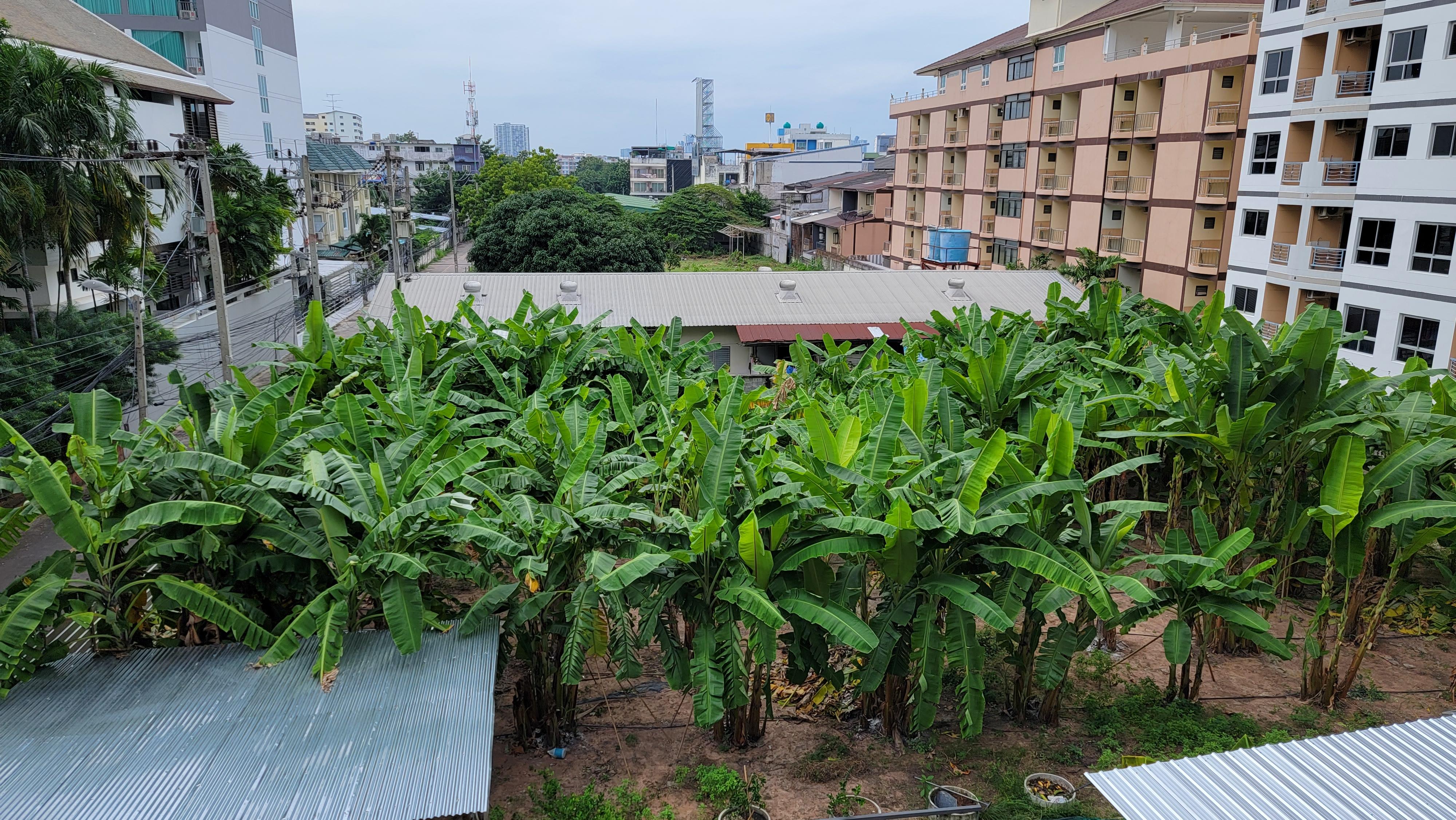 This lot is less than 100 meters from Big C Extra and Harbor. This is Central Pattaya, also practically the center of the city.

How can one explain such a love of Pattaya residents for bananas?

Is it really so profitable to grow bananas on relatively small, but certainly very expensive plots of land? If so, how much money could be made growing bananas, of course, not in Pattaya itself, but in places more remote from the sea, where land is much cheaper?

In fact bananas are one of the cheapest if not the cheapest fruit in Thailand. Bananas are sold everywhere, and quite often they are sold not even by weight, but for a fixed fee, depending on the size of the bunch of bananas.

Bananas in Thailand can grow anywhere. Including on similar plantations or directly on the territory of condominiums.

Banana palm trees grow fast. The trees themselves are not demanding. For very fast growth, it is enough to feed them a little, loosen the ground and water them.

Bananas are very easy to transport over long distances.

So where does the extra profit come from when growing bananas on expensive plots of land in Pattaya?

It's all about land taxes

In recent years, the Thai government has increased taxes on real estate (apartments and land). Moreover, the land tax is now calculated at an increased rate if the land is not used in any way.

That is, the owners of banana plantations on, without exaggeration, the golden plots of land in Pattaya, bananas are the least needed. They need a lower property tax rate, as the land where the bananas are grown is considered to be in use.

This is how bananas, which cost almost nothing in Thailand, bring profit to the owners of the plots.

https://pattaya-pages.com View more posts from this author
« How comfortable is it in Thailand without knowing Thai?
How much money do ones need to live in Pattaya »