In utility bills, most of the costs are for electricity bills. Electricity in households can be used around the clock to run one or more air conditioners, as Thailand is summer all year round and hot all year round. Also, electric stoves are very popular in Thailand, which consume a lot of energy.

The electricity bill has an expiration date

The electricity bill you receive at the end of the month can be used to pay at 7-Eleven until the 10th of the following month, after which the bill becomes invalid.

After the 10th, you can still make payment using the other methods described in the article “How to pay your electricity bill in Thailand”.

For example, you can pay your electricity bill in the PEA Smart Plus mobile app.

If you prefer to pay by QR codes, see “How to get a new electricity bill for the current or previous months”, which describes how to generate invoices for past months in PEA Smart Plus.

What happens if you do not pay for electricity in Thailand

If you did not pay for electricity on time, that is, in the first 10 days of the next month, then on the 15th-16th day you will receive a warning bill.

After receiving a warning bill, your apartment can be disconnected from the power supply at any time.

I was told cases that if one didn’t pay for electricity for several months in a row, PEA could pick up the meter! That is, they not only cut off electricity, but also took away the electricity meter. With the advent of Smart meters, which automatically turn off when payment is late, this practice of removing meters seems to be no longer used.

If, after receiving the warning bill, you did not make a payment, then sooner or later (rather sooner) your apartment will be disconnected from electricity. Now, with the introduction of smart meters, this is done remotely and automatically. If you have an ordinary meter, then an employee of the company will come to you.

If you live in condominiums, then you may have seen outlets in common areas. It happens that some users stretch the extension cord from such sockets into their room. But this does not help them – the rules of condominiums prohibit this and your extension cord will be turned off, and you will be reprimanded.

Electricity cut off in Thailand for non-payment: subsequent course of action

First, you need to pay off your debt. This is definitely where to start, otherwise you will not make progress on returning electricity to your apartment.

The further depends on whether the Smart meter is used to account for electricity in your apartment or house. If you use a smart meter, then the electricity should turn on automatically after the receipt of money.

If the electricity does not turn on automatically, then you need to make a request to the company providing electricity supply services to turn it on.

In Pattaya, the electricity service company is called PEA. You need to contact it.

1. Through the PEA Smart Plus App

You can apply for the restoration of electricity supply online. For details, see “How to make a request to turn on electricity after a shutdown for non-payment”.

2. At the company's office 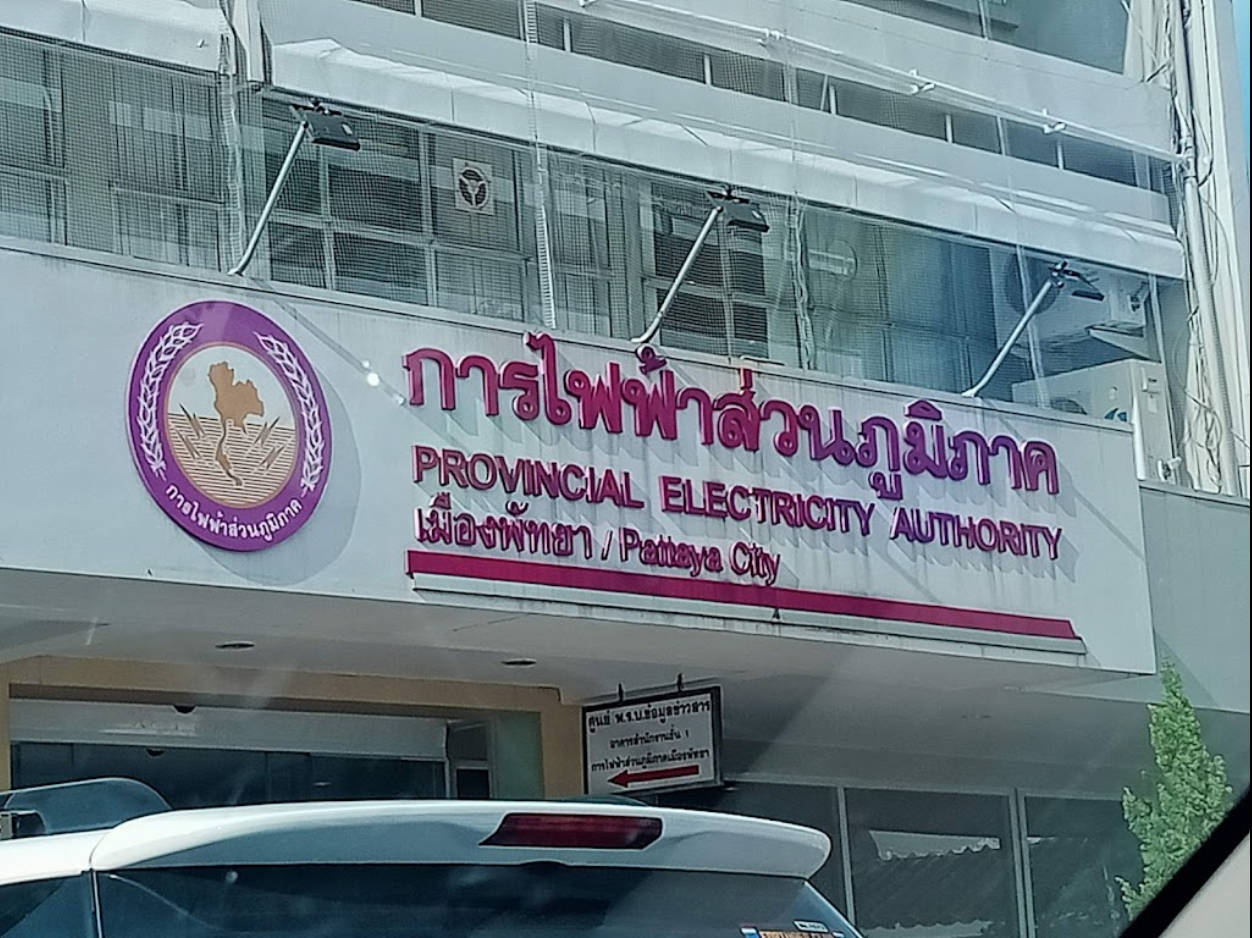 The office of the company is called PEA Naklua. It is located in North Pattaya. Office address on the map.

https://pattaya-pages.com View more posts from this author
« How to register for PromptPay at Kasikorn
How to pay your electricity bill in Thailand »