How to get married in Thailand

First, at the moment when you are reading this, the information may no longer be very relevant, but some basic things should not change. In Thailand, everything changes very quickly, for example, I applied for a student visa 3 or 4 times and every, just EVERY time it was different!

I got married in Thailand only twice, and again – each time it's different! Everything changes, just be prepared for it.

Can foreigners get married in Thailand

Yes, foreigners in Thailand can marry among themselves, as well as citizens of the Kingdom of Thailand.

Choice of law in marriage

When marrying abroad, there is a choice: marry according to local laws, or marry on the territory of the Consulate of your country according to the law of the country that issued your passport.

For example, if two Russians decide to marry according to the laws of the Russian Federation, then after submitting an application, they must wait 1 month, after registering the marriage, the consulate will issue them a marriage certificate. If you need to use this marriage certificate in Thailand, then you will need to legalize it.

When marrying a citizen of the Kingdom of Thailand, it is advisable to choose marriage according to Thai laws, so that all legal documents you initially have in the language of the country in which you are going to live.

Please note that two foreigners can marry according to the laws of Thailand!

What is necessary when marrying a Thai

A foreigner needs the following documents: 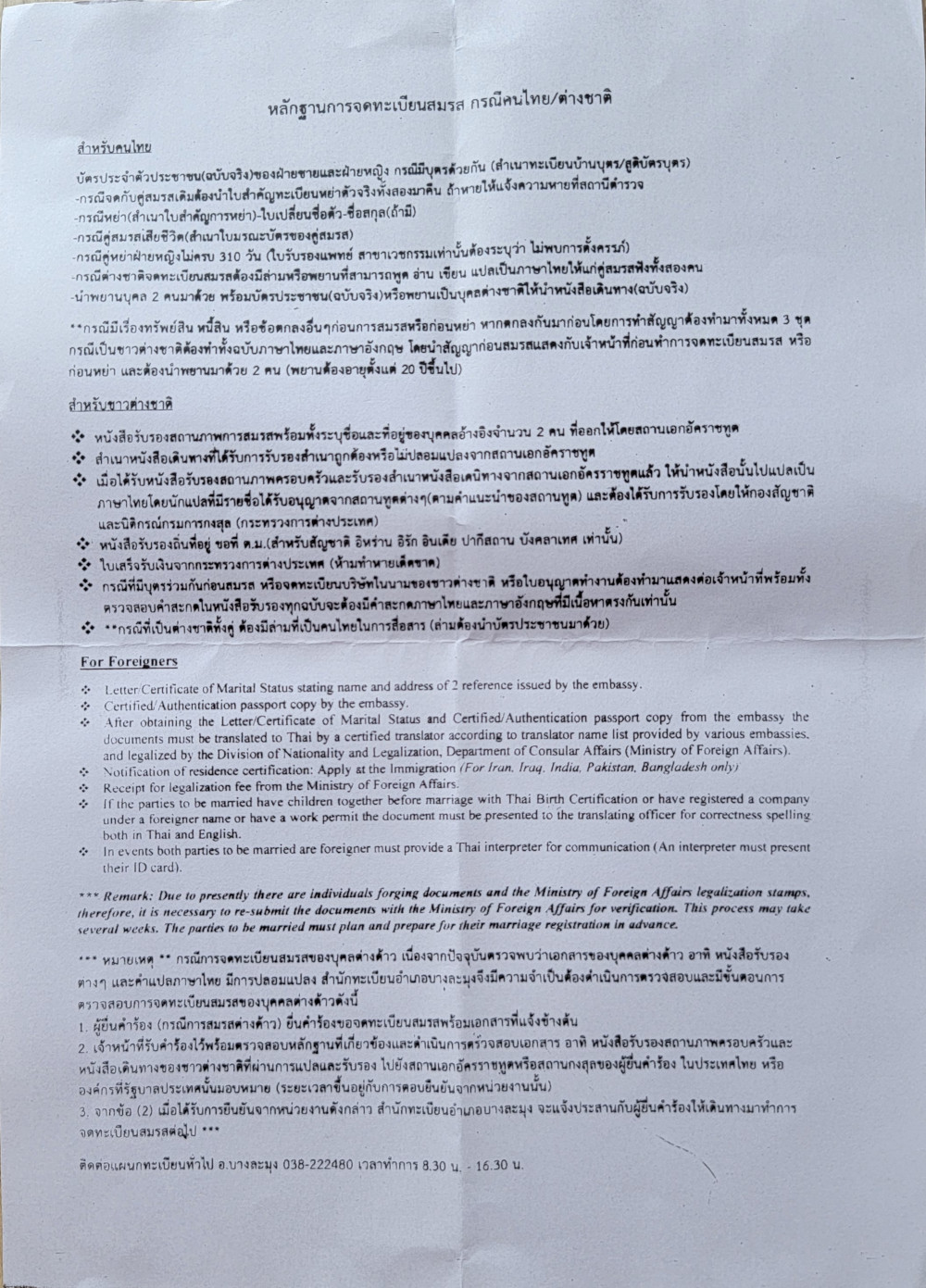 When you contact the marriage registration office, you may be given the telephone number of a lawyer who can help with the paperwork.

How long does it take to get married in Thailand

For the first time, I received a certificate of marital status and got married on the same day!

For starters, the first queue can be waiting for you at the consulate of your country. Getting a certificate of marital status can take weeks.

Then you need to translate the received documents, which takes a few more days.

Then you need to apply to the Department of Consular Affairs, which is being booked online, but there are no vacancies for the next couple of weeks!

That’s all? No! Now the marriage registration office does not register marriages with foreigners on the day of application. The official reason is as follows: there are a lot of fake documents and it takes time to check them. Officially, it can take several weeks! That is, you come to the marriage registration office, your documents are carefully checked, they look at you carefully and ask questions, and then they simply say: come back in a few weeks.

In general, when planning a marriage registration, prepare for it in advance, now this is a slow process.

Where to get a certificate of marital status

To obtain a certificate of marital status and a copy of the passport with a seal, you can get at the Consulate of your country.

Make an appointment at your consulate. Download and complete the Affidavit of Marital Status form.

Where to translate documents for marriage registration in Thailand

Below are the sheets given to me by the Thai Ministry of Foreign Affairs. That is, this is a list of approved translators. 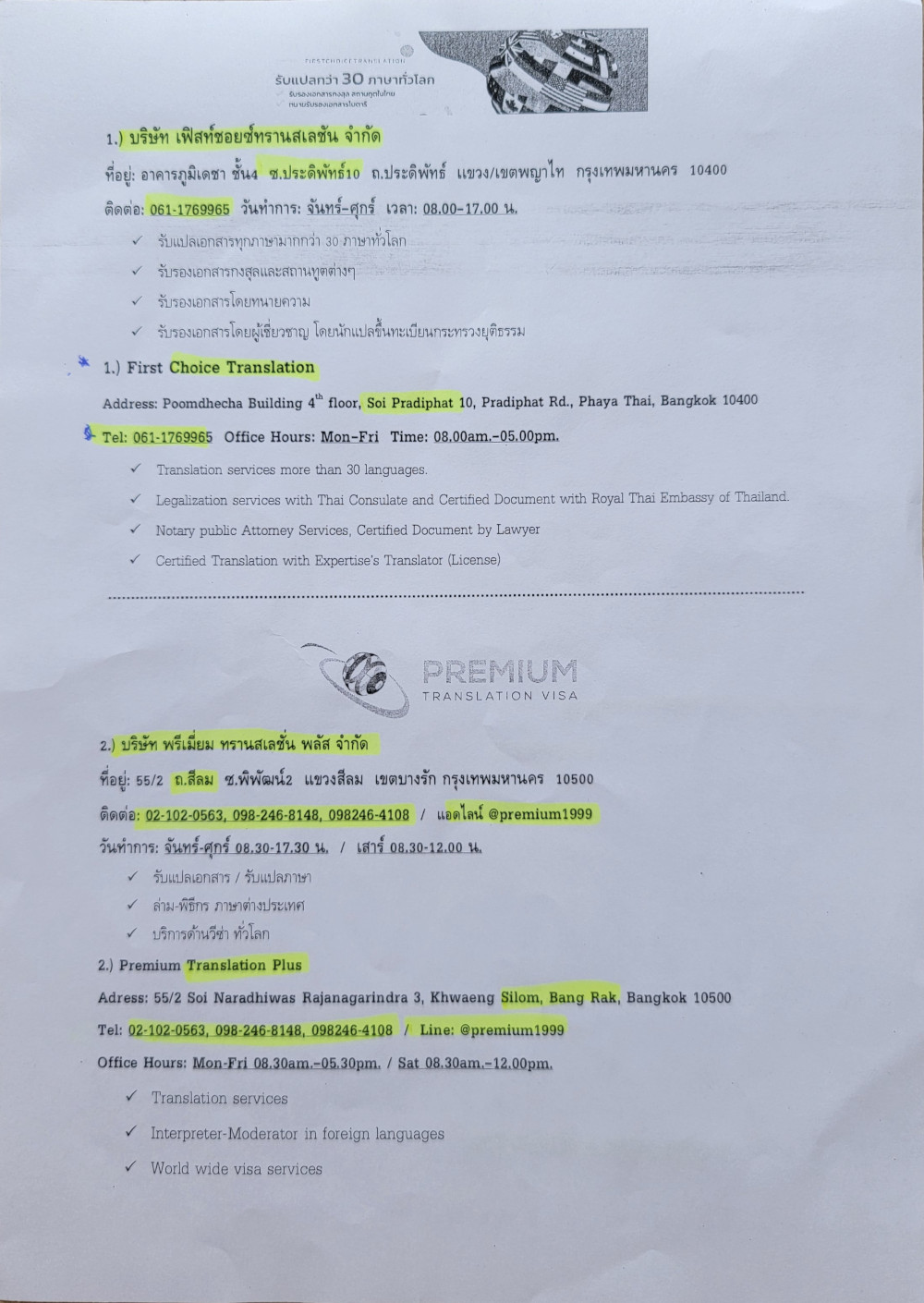 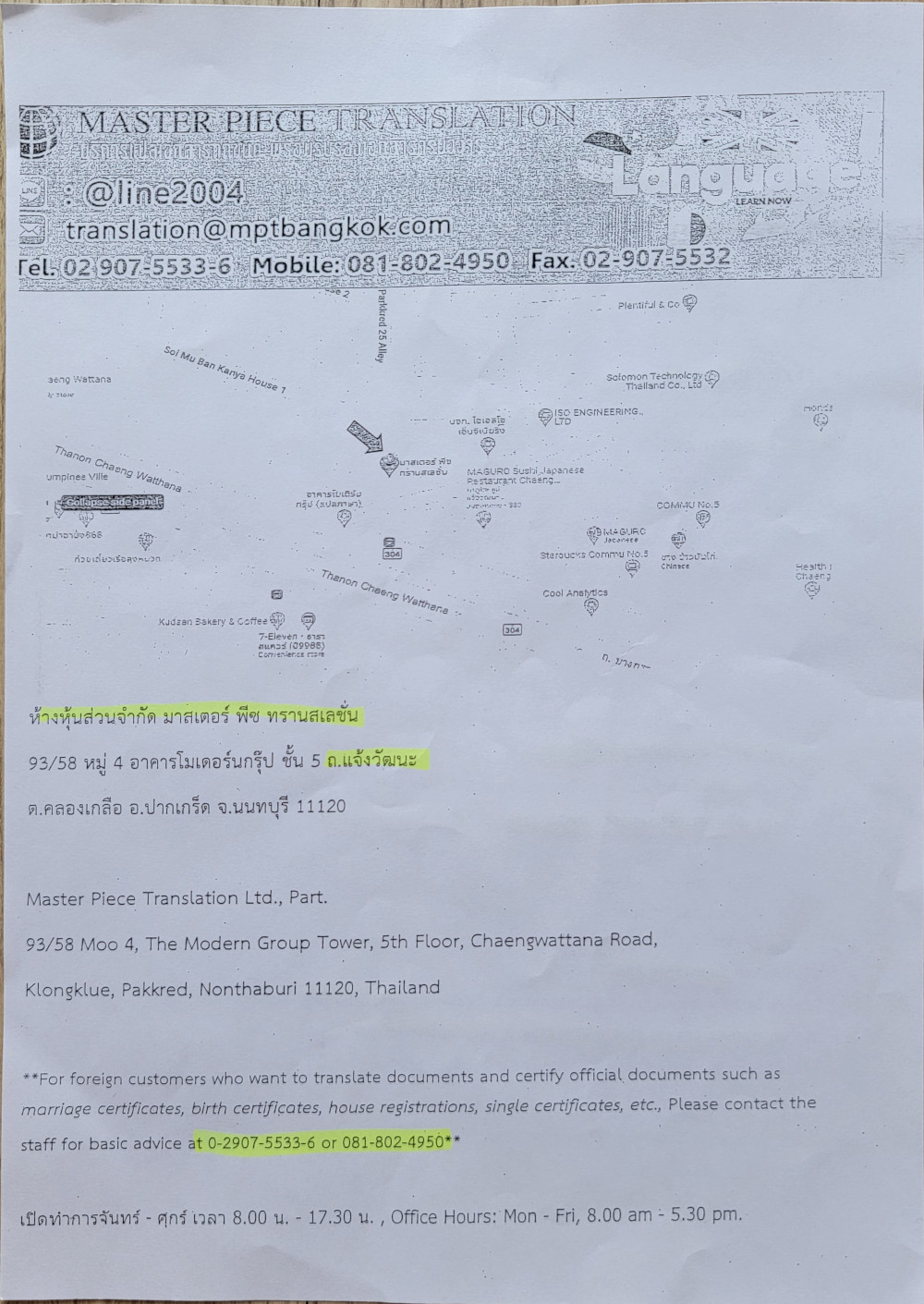 In advance, with your future spouse, choose the spelling of the name and surname in Thai.

At First Choice Translation, for 3,000 baht (800 of which goes towards the legalization fee), you can use the services of an agency (assistant) who go to the Department of Consular Affairs for you. For example, at the time of applying to First Choice Translation, free places in the online queue at the Department of Consular Affairs began only after 2+ weeks, and thanks to the agency, already translated and legalized documents were in my hands in a few days.

Where to legalize translated documents

It is necessary to legalize documents in the Department of Consular Affairs. 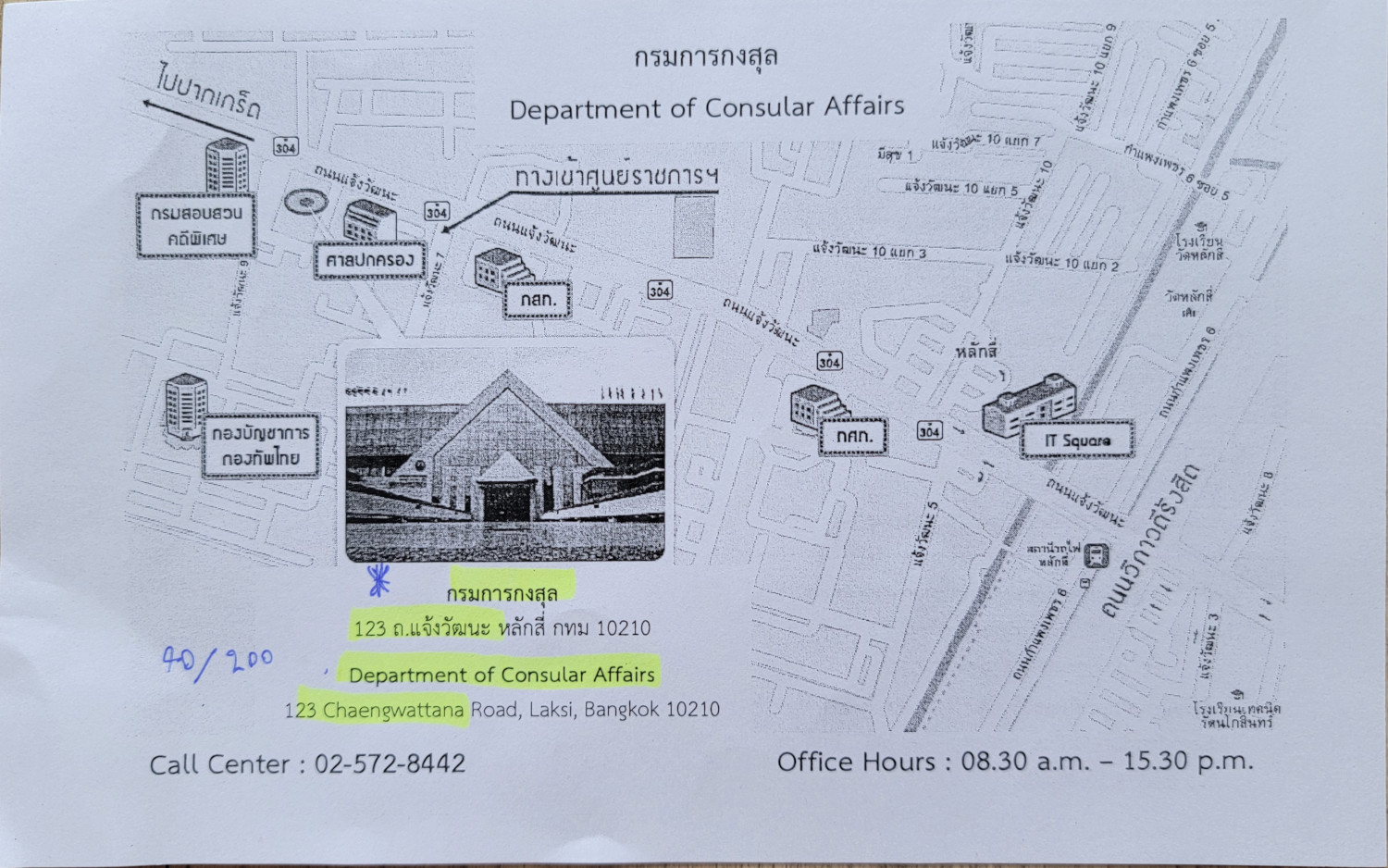 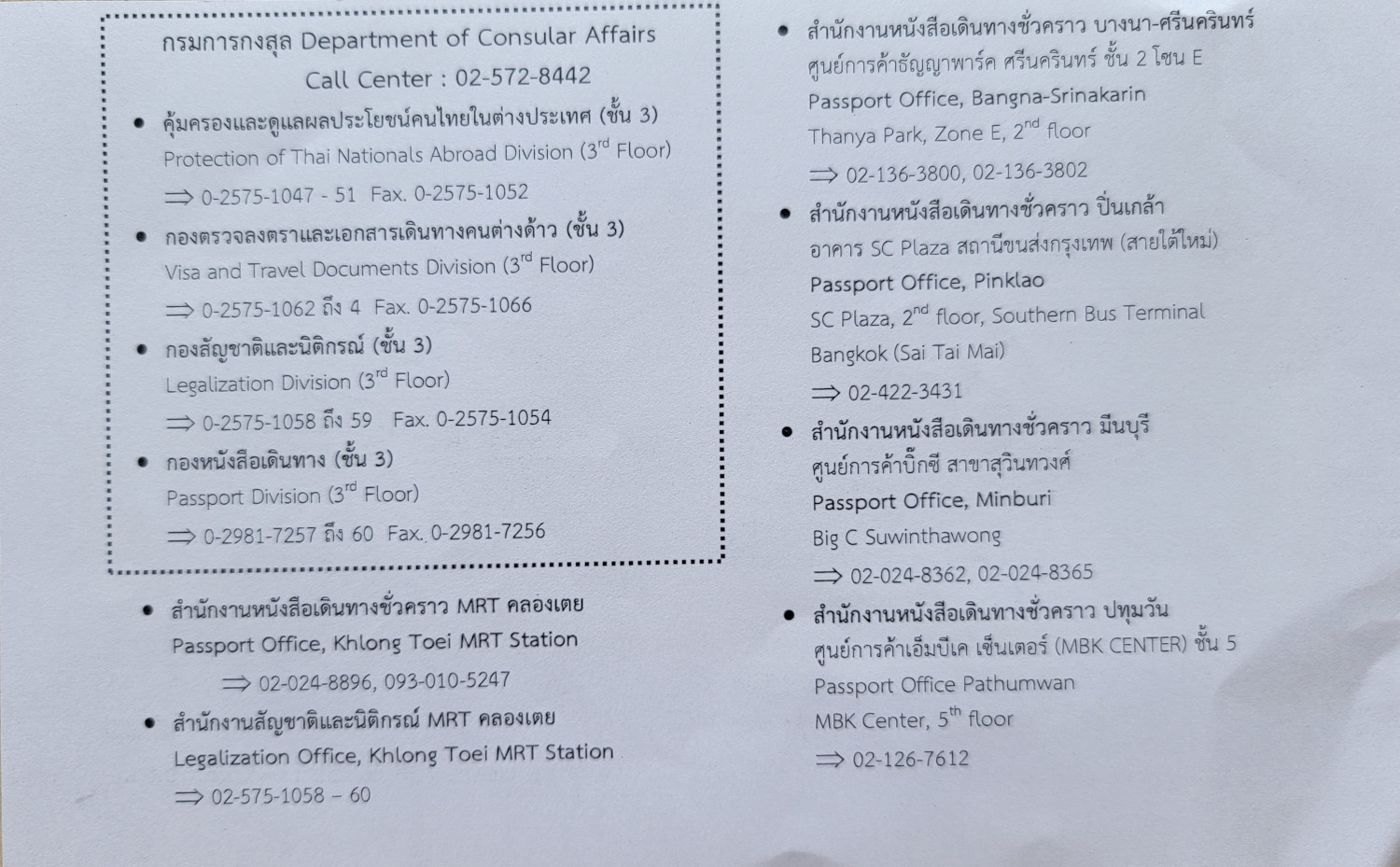 For online registration in the queue, use the following QR code: 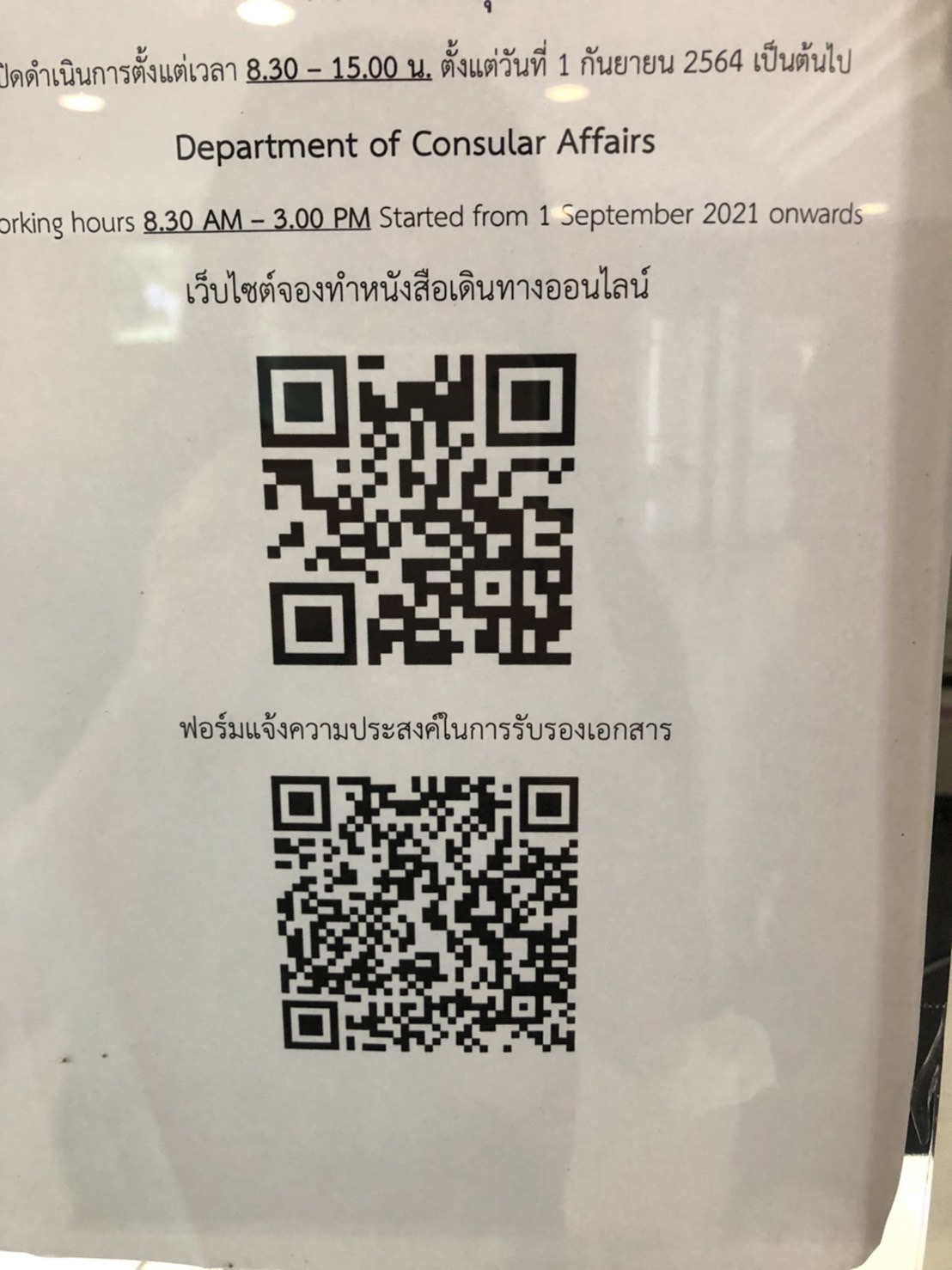 Or the following link: https://qlegal.consular.go.th/

As I said above, I skipped this step thanks to the help of the agency.

Where to get married in Pattaya

To register a marriage in Pattaya, contact the Banglamung District Office. 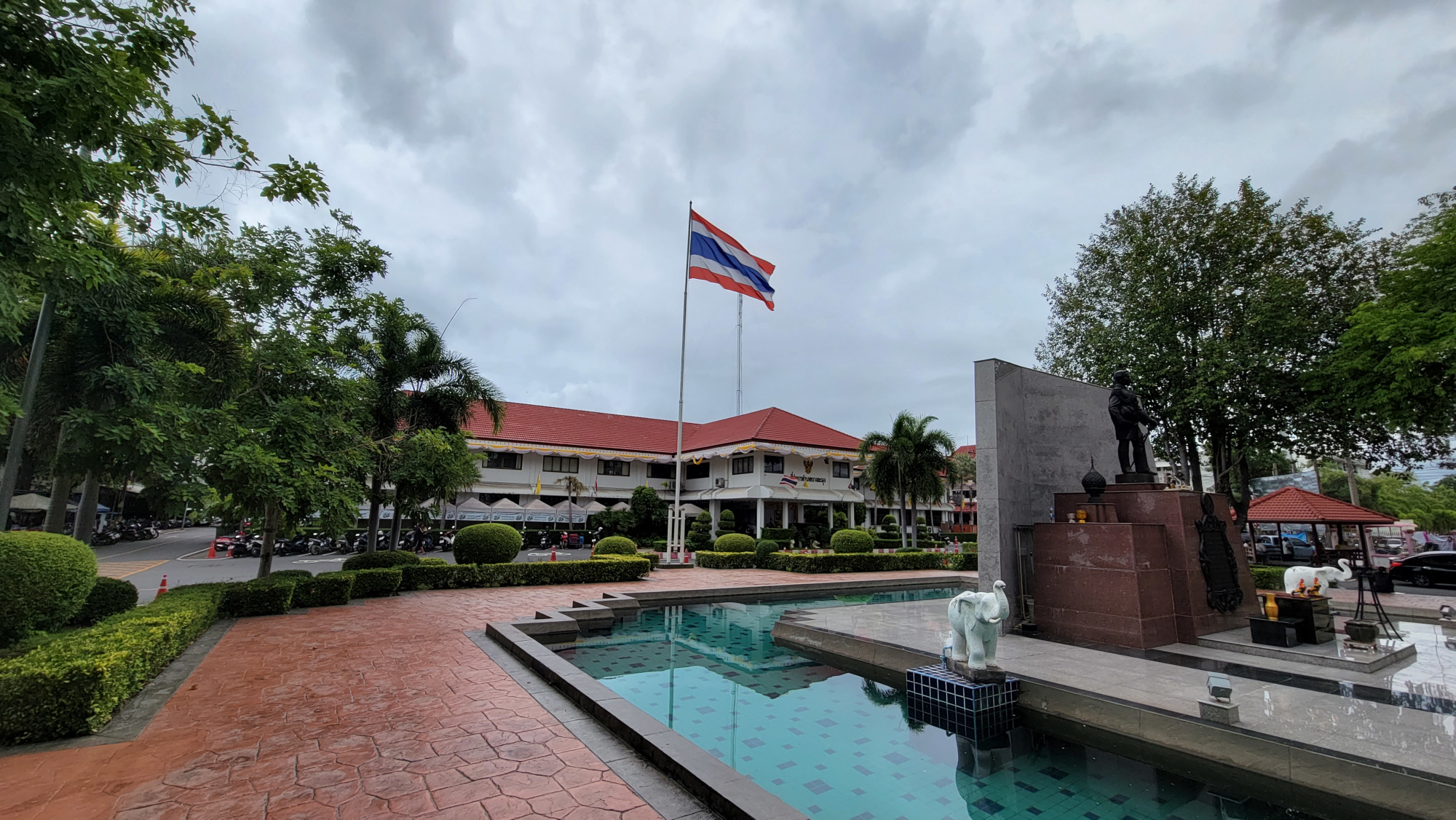 They have the right to postpone the registration of marriage from several days to several weeks.

In my case, everything happened unnaturally quickly, the head of the department scheduled the marriage registration in a day, apparently, this is the shortest period – the office workers were even surprised.

Does marrying a Thai woman give you the right to live in Thailand?

By itself, marriage to a Thai does not mean that you can live in Thailand!

After getting married, you can get a Thai family visa. Obtaining a family visa also requires effort and meeting certain criteria, for example, you must have at least 400,000 baht in your Thai bank account within 2 months at the time of applying for a visa.

https://pattaya-pages.com View more posts from this author
Why does Krungsri bank card not work for online purchases and for cash withdrawals abroad (SOLVED) »